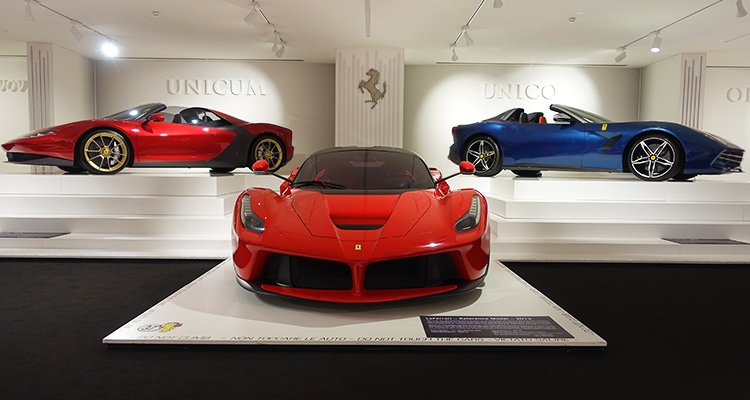 Many years ago, when we had almost completed the reconstruction of our first apartment, Michael Schumacher won the race in Hungaroring (Hungarian Grand Prix 2001) and became the winner of FIA Formula One World Championship. A bottle of champagne “blew up” not only on the podium in Budapest, but also in our new kitchen. We had celebrated his victory, and then were forced to repaint the kitchen ceiling as a result. 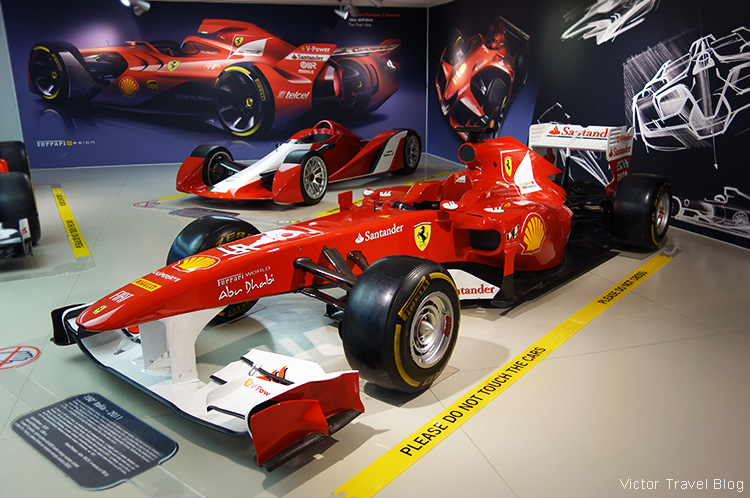 Early one morning, a rented car (not a Ferrari) brought us from Bologna to the homeland of the world famous tenor Luciano Pavarotti, renowned motorcycle racer Valentino Rossi, and also of Lambrusco, Prosciutto, Parmigiano-Reggiano, and of course Enzo Ferrari, the founder of Ferrari S.p.A. Our final destination was Via Alfredo Dino Ferrari 43, Maranello, Emilia-Romagna, Italy.

This region of Italy is called the Motor Valley, because three world-famous brands of muscle cars (Ferrari, Maserati, and Lamborghini) are made there. The city of Maranello looks more like a village, tiny and sleepy, and it is not possible to miss the Ferrari Museum with its slogan: Live the Dream!

We found the museum much smaller than expected: racing and road cars of Ferrari, engines, tires, pilots’ trophies…. There are several thematic expositions: Formula 1, Sport, the World of Gran Turismo, and Sports Prototypes. Prototypes of road cars were truly luxury. 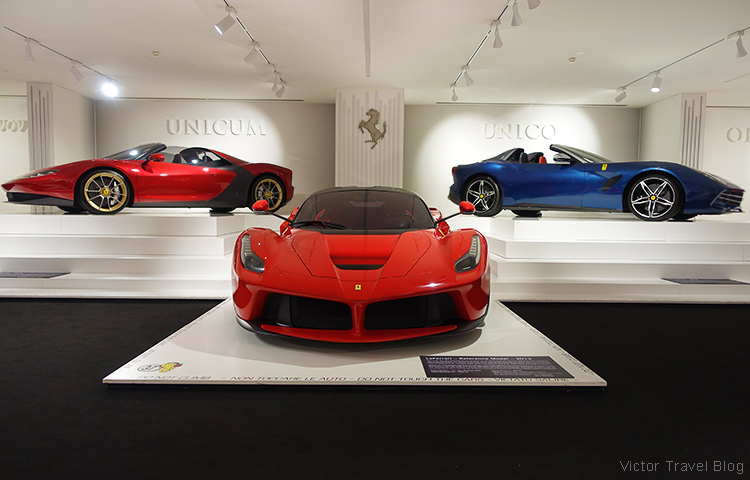 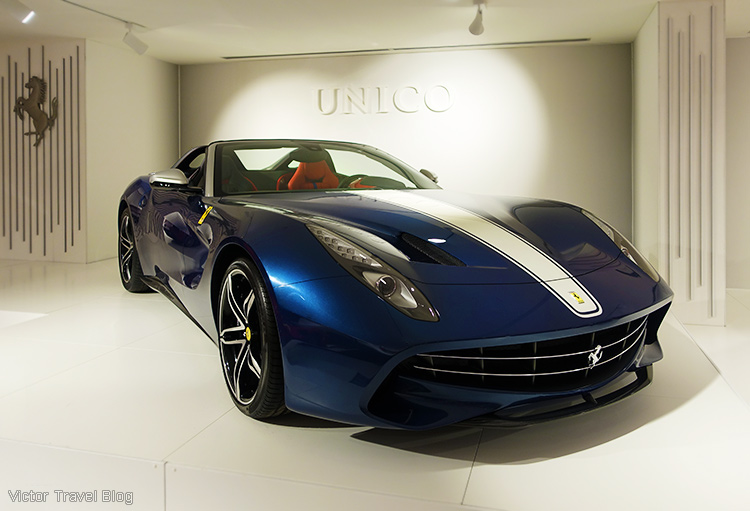 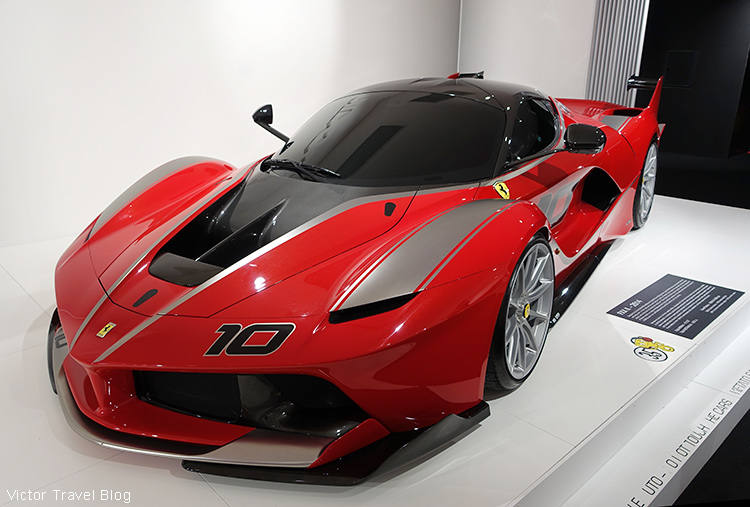 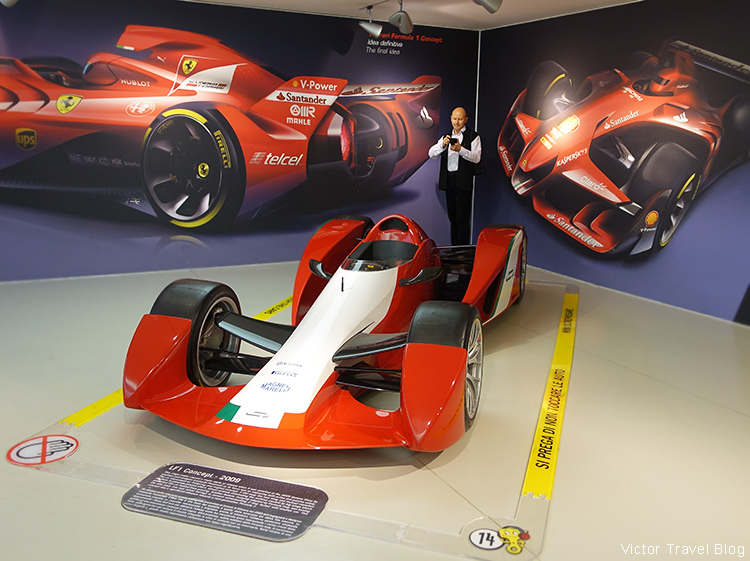 Having admired these pieces of arts, we headed to the Hall of Fame of Formula One. As in the case of every museum, it’s better to get there first and alone. The hall is like a theatrical stage. Red fireballs of the Scuderia Ferrari’s winners step out from the dark like actors, shining in targeting rays of spotlights. 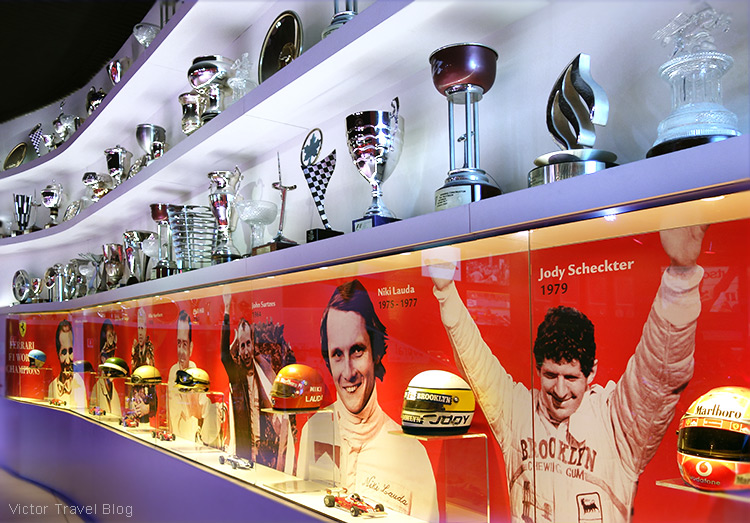 Most of these muscle cars got their place here thanks to the legendary racer of the Ferrari team 90s, Michael Schumacher. I am not a fan of F1, but Irina, my wife, is a huge fan. Michael Schumacher has seven championship titles, 91 victories, and 155 podiums: an honour that is not achieved by many in this dangerous sport.

For many years, I have listened to Irinas stories of admiration for Schumi. It’s one of the nicknames for Michael. But the press often called him “the Red Baron” because of his red Ferrari and in reference to Manfred von Richthofen, the famous German flying ace of World War I.

“Let’s recall his famous Austrian race. He won one race for another everywhere, but couldn’t conquer one track for years: A1-Ring in Spielberg, Austria, stubbornly resisted him. At last, in 2003, Schumi won the race, while everything could have ended already on 23rd lap, even his life.

“He made a pit stop. A fuel gun was inserted immediately, but when they started to pull it out, the mechanism was jammed, the fuel splashed out and flashed. Michael’s car caught fire. My blood froze.

Technicians reacted in the blink of an eye and put the fire out. Michael, watching it in the rearview mirror, just shook his head and hit the gas. By the way, in such a case, the regulation requires the pilot to leave the car immediately. He lost about 15 seconds there, but finished first and removed the “curse of the Austrian Spielberg” from himself.”

Scuderia Ferrari had not won an individual world championship for 17 years until the moment when it got Schumacher, Ross Brawn, and Rory Byrne in 1996.

Schumacher was unstoppable. Having him, the racing team turned into a well-oiled mechanism in German style, and cars from Maranello became the best. The era of the second Red Baron started! Shumi had devoted almost 40 years to racing, until he was stopped by a mountain in the French Alps, while skiing in 2013. For six months, he was in a medically induced coma because of a traumatic brain injury, and, to date, he still receives medical treatment and rehabilitation at his home.

It isn’t possible to miss a Ferrari car on the street. This is a symbol of success and status. Ferrari produces about 17-18 exclusive cars daily. Their power is 500, 700, and even 1000 horses, the price is from 300,000 to several million Euros.

However, their dynamic characteristics are more representational than practical. Where will you be allowed to drive at the speed of 300 km/h long enough to enjoy it to its full extent? Most buyers of Ferrari are just people, but not racers.

By the way, if you have not yet earned enough for a new Ferrari, you may want to please yourself with a little something in Maranello. There are plenty of different models of Ferrari around the museum, and you can rent them from EUR 100 per 10 minutes. But we only took a couple of pictures instead: I am in a Ferrari California, Irina in a racing car of F1. 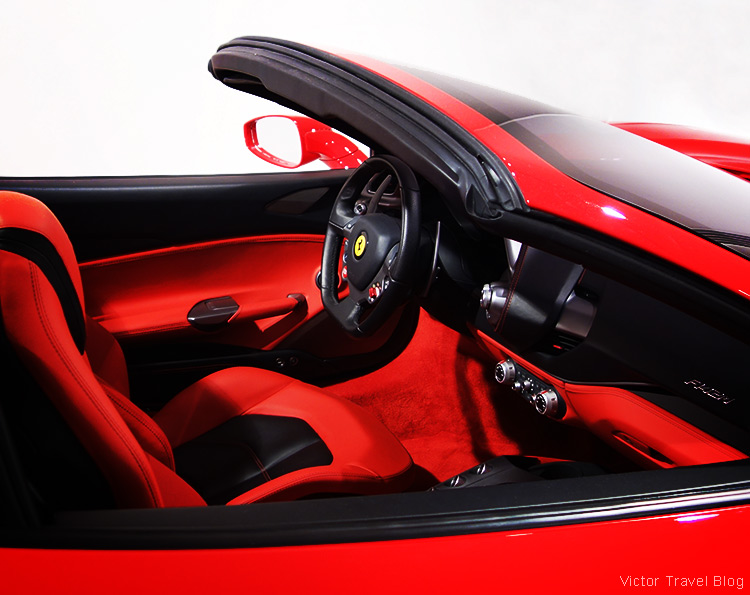 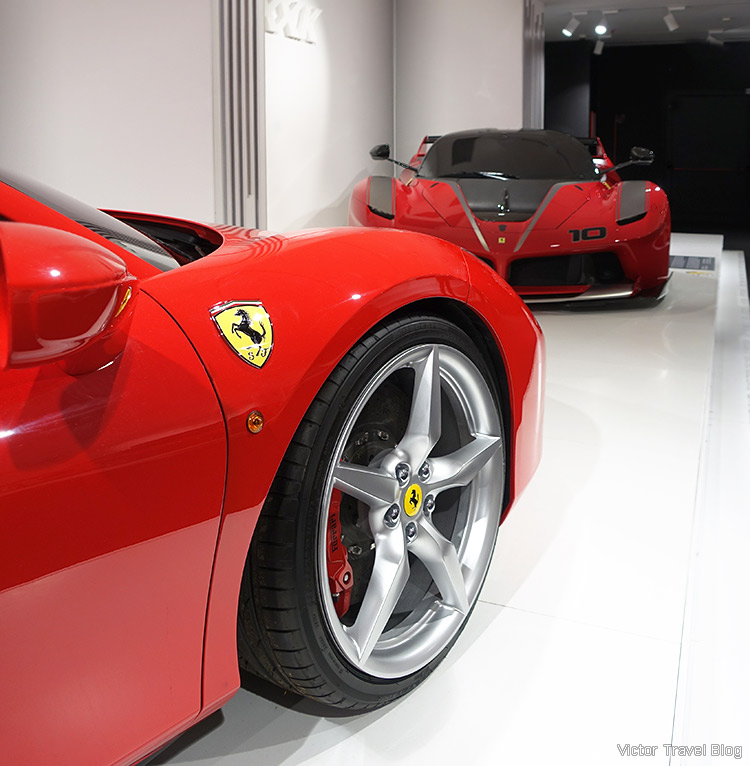 Cactus Park on Ischia: A Piece of Arizona in Italy
Mausoleum of Hadrian Turned into Castel Sant’Angelo
If You Are Lazy, Don’t Visit Bergamo, Italy!