Two Places for Correct Transition to a Better World: Jerusalem and Varanasi

The cemetery at the Mount of Olives, Jerusalem, Israel.

Have you ever asked yourself where would you like to spend the last days of your life just before you leave this world?

If not, don’t read on. You are too young, and your whole life is ahead of you. Just live!

If you are true believer, you know for sure what to do, how, when, and where to do it. Let’s take Jews for example. Every religious Jew knows that Jerusalem is the one preferred sacred place on this planet to live and be buried. This legendary city is surrounded by hills (which Jews call mountains), and one of them, the Mount of Olives, has a cemetery as old as time. Jews have buried their relatives there for several thousand years. Specialists have identified more than 150,000 burials in the first layer. Only God knows how many Jews lie in other ones.

What’s so special about this hill? It’s mentioned in the Old Testament and the New Testament many times, and connected with Yahweh, David, Solomon, Zechariah, Absalom, and later with Jesus and the Virgin Mary. Maybe you remember the Garden of Gethsemane where Jesus talked with his disciples, underwent the agony in the garden, was arrested the night before his crucifixion, and ascended after his resurrection? The garden is located at the foot of the Mount of Olives.

Every religious Jew believes that when the Messiah comes, those who lie in the ground at the Mount of Olives will be resurrected first (the Biblical verse Zechariah 14:4). And they are prepared to pay for such a privilege. Today, the cost of a plot at the Mount of Olives can reach USD 25,000. An expensive place. 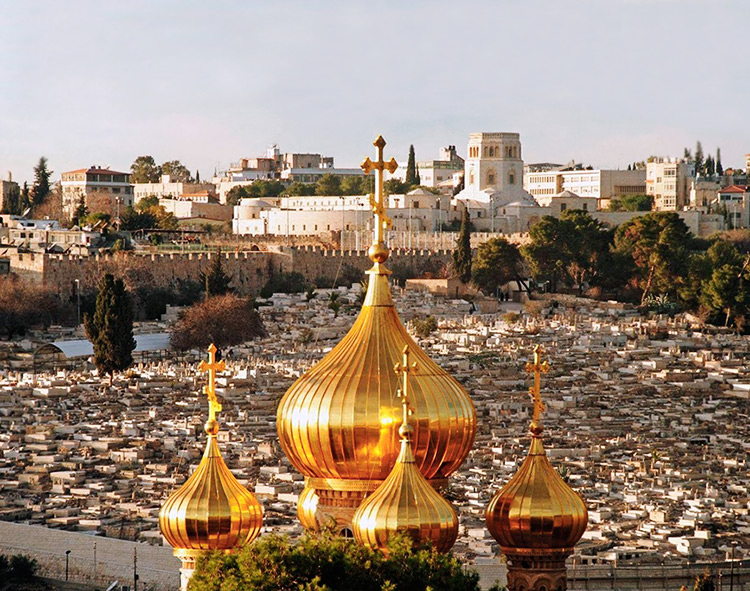 Everything is much simpler in Hinduism. They also have a sacred place, the city of Varanasi on the river Ganges, India. If you have money, you can be burned in one of numerous palaces erected along the river, and your ashes will be put in the sacred water of Ganges. If you are poor, you can be burned much more cheaply right on one of stony steps (ghats) of the Manikarnika Ghat or the Harishchandra Ghat, leading down to the river, and your ashes will go into the Ganges. 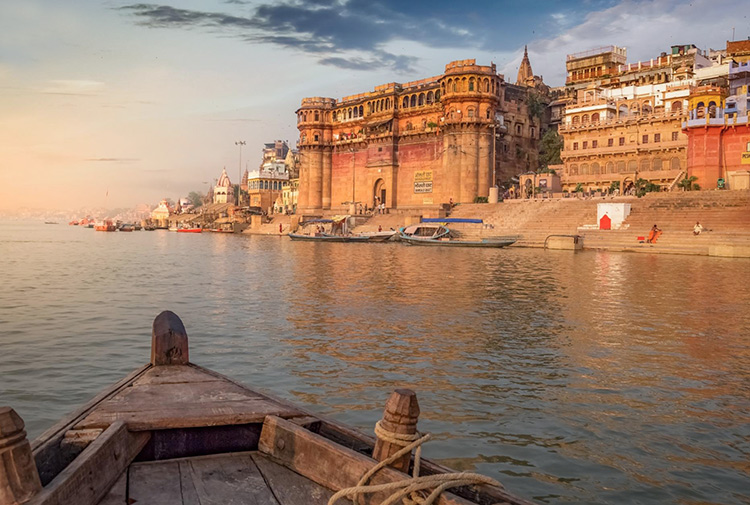 Hindus believe that if you are cremated in Varanasi, your soul attains moksha (liberation), breaks the cycle of rebirth and will enjoy eternal peace.

Varanasi is probably the oldest city of the world. Its sacred history started in 800 BCE which was confirmed by archaeological excavations. This is the birthplace of many religions including Buddhism. Buddha founded Buddhism here around 528 BCE.

Mark Twain wrote in 1897 about Benares (one of the names of Varanasi), “Benares is older than history, older than tradition, older even than legend, and looks twice as old as all of them put together.”

There are about 23,000 temples in Varanasi. This is one of the unique places in the world which must be visited, even if you are not about to end your earthly journey.

But be prepared. A trip to Varanasi will be exotic, to say the least. If it’s your first visit to India, choose another city to get used to traditions, demeanor of the locals, and their cuisine. And don’t ever use a train. My friends took a train from Delhi to Varanasi and were struck by the capability of Indians to travel sitting five people in one place. Use Delhi to Varanasi flights instead, and keep your reserve of amazement for the banks of the Ganges. Chances are, it will be the most exotic embankment you have ever seen.

Fabulous Caesarea
Via Dolorosa: My Way of the Cross
Talking With the Walls of Jerusalem

31 Responses to “Two Places for Correct Transition to a Better World: Jerusalem and Varanasi”

« Cactus Park on Ischia: A Piece of Arizona in Italy
Ferrari Museum: Golden Era of Schumi »
%d bloggers like this: