In my European travels, I have seen many impressive walls and towers, ancient and medieval, for example, in Avila, Spain; or Carcassonne, France; BUT…. Probably, at least once in your life, you met a woman or a man who couldn’t be called beautiful, but nevertheless, she/he was unbelievably and inexplicable charming and attractive. Same with the Walls of Jerusalem.

Almost three thousand years of history: the walls of Jerusalem have a lot to tell you. You just need to listen.

Jaffa Gate has been the main entrance to the Old City of Jerusalem for many hundreds of years, but today, it is not so much a gate as a wide aisle.

However, some of Jerusalems gates look and “sound” the same as they used to many centuries ago. Damascus Gate, for example.

From inside, you can appreciate all the beauty of Jerusalem’s walls only in Armenian and Jewish quarters. To explore them from outside, every admirer of real architecture must walk along the walls of the Old City of Jerusalem from Dung Gate to Lion Gate. 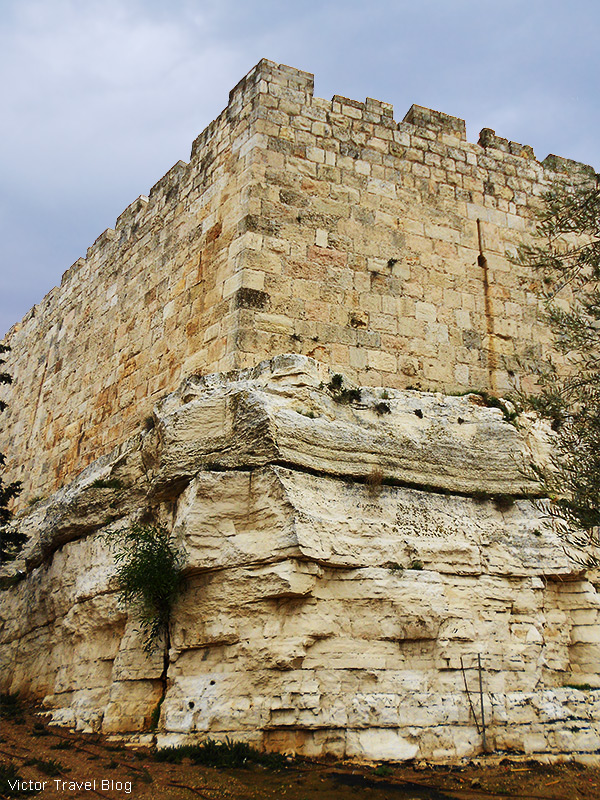 Two Places for Correct Transition to a Better World: Jerusalem and Varanasi
Fabulous Caesarea
Via Dolorosa: My Way of the Cross

45 thoughts on “Talking With the Walls of Jerusalem”