Probably, the Robinson Club Maldives will be Destroyed 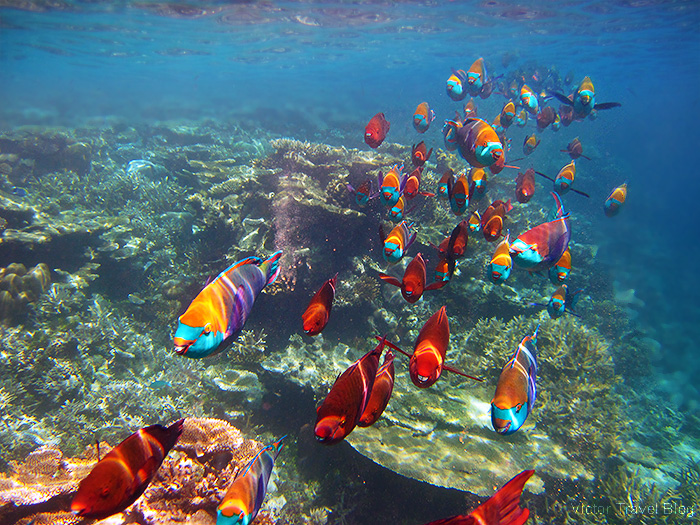 Everything is nearly perfect on this tiny tropical island located about 67 km from the equator in the Indian Ocean. It has a beautiful coral reef with a very active underwater life, exotic jungles among beach and garden villas, white sand, blue sky, emerald water, fantastic sunrises and sunsets—everything you imagine when someone says the magical word “Maldives.” However, chances are that excluding sunrises and sunsets, the rest of the local beauty will be destroyed in the near future. Why? 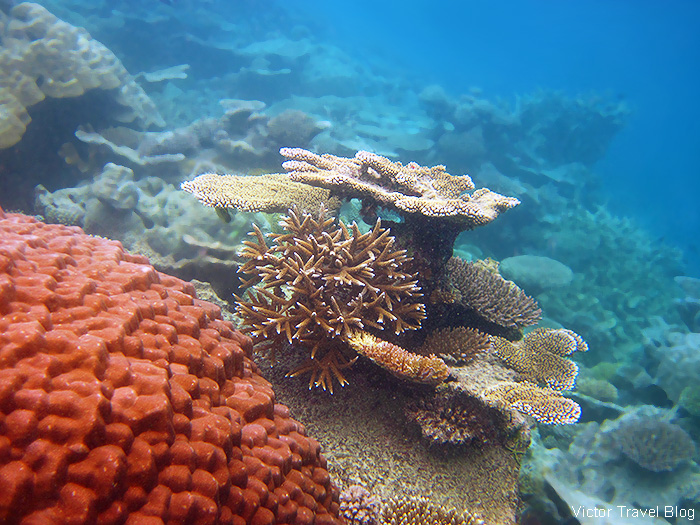 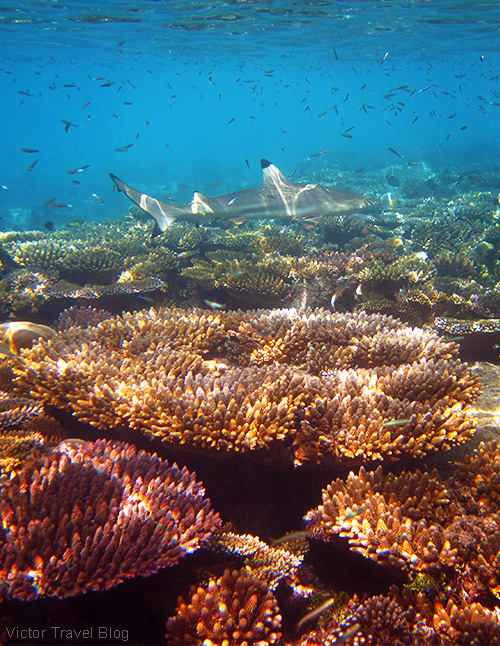 Big, but very kind shark, living near the shore. 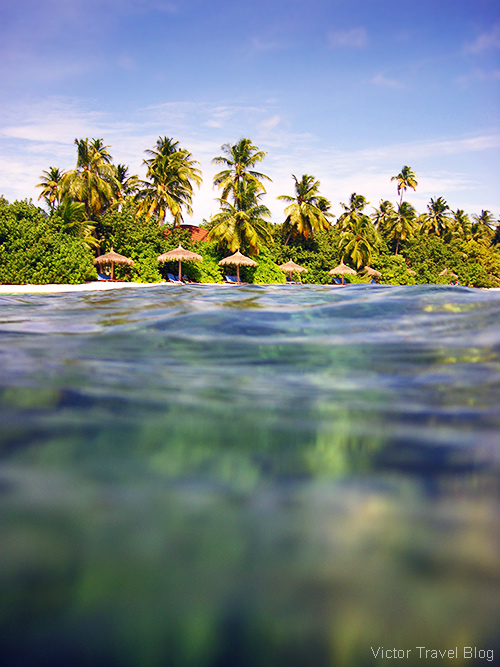 Gentlemen, you should answer the one big question: Do you want to have a resort for families (with small children), or for adults (without children)?

Several Chinese families with children stayed on the island simultaneously with us. Poor kids. They did not know what to do during the day. Of course, it is possible to swim in the crystal clear water near a snow white shore, but don’t forget this is almost the equator, and the sun’s rays are vertical for most of the day. Your child (and you) can char in a couple of hours. Knowing this, you take him/her out of the warm, gentle, and unbelievably transparent water, and send the kid to play… where?!

The Robinson Club Maldives has not one child facility. No playgrounds, no aqua parks, no playing machine, no children’s pools… in short, nothing! After finding out this awful fact, you are forced to follow the convenient parental principle: do whatever you want, only don’t cry. And children quickly find things to do—they start to destroy the island.

For many years, a tree grew on the sandy bank of the beautiful tropical island. It loved its island so much that dying, the tree dried up so beautifully that became a local landmark. For many years, people took photos of the mummy of the tree on the background of blue sky and emerald water of the ocean. Just married couples from all over the world posed for photographers near the dried tree to ensure the eternity of their union, because any mummy always is a symbol of eternity.

Today, this picturesque mummy does not exist anymore, because before my eyes, two Chinese boys “found something to do on the island” and broke the symbol of eternity of the Robinson Club Maldives. Look at the “before” and “after” photos.

I don’t blame the children; they were just playing. But how could their parents, sitting nearby, not understand the meaning and beauty of this creation of nature, and not stop the vandalism?! Moreover, they were from China, the country with more than 3,000 years of history of Feng Shui art and science.

The Robinson Club Maldives has a coral patrol. At least, that was written on a placard on the beach. However, during a whole week on the island, I have not seen anyone from the hotel staff strolling along the beach and speaking with the elderly Chinese guests who don’t understand why it’s so important to not touch corals.

Dear Adam, Graziano, and Björn, the top managers of the Robinson Club Maldives, your excellent team can dance, entertain, and treat the guests to free champagne forever, but my wife and I feel you are losing the main concept of a holiday on the Maldives—romantic vacation for just married, and loving couples of all ages. The real charm of the Maldives consists of it. On the plane, we saw girls in their white wedding dress. They think the Maldives is a paradise. They fly here to find sunsets and sunrises, luxuriate on the white sand under strangely curved palm trees, sit under tropical stars hand in hand and listen to the sounds of the ocean, but not to listen to the cries of preschool age children. 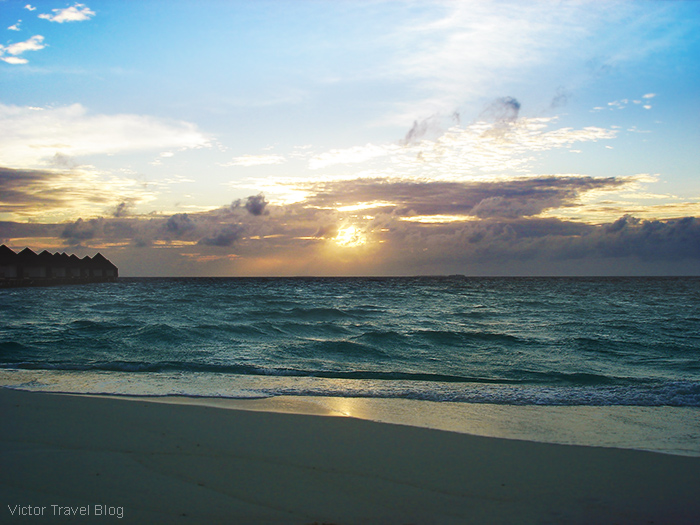 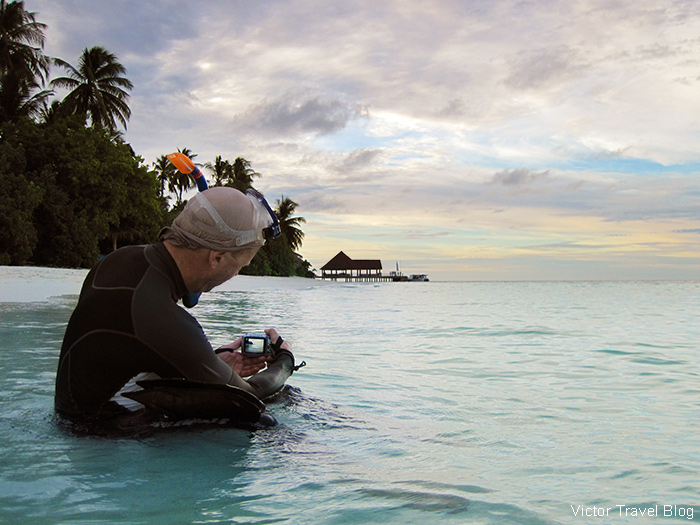 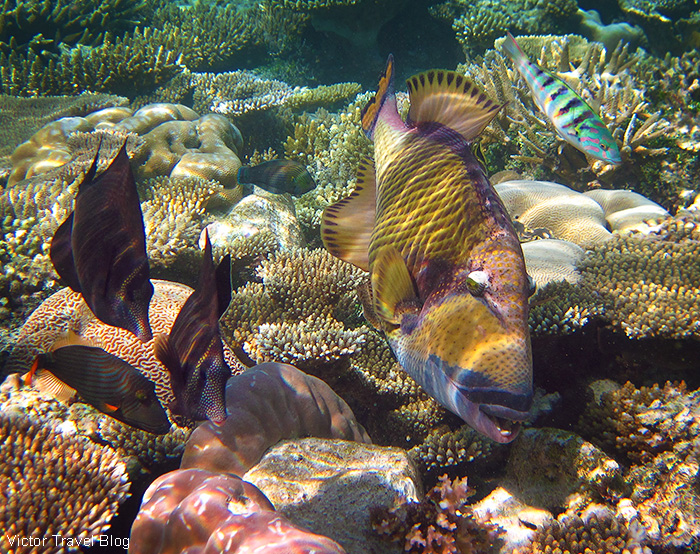 Here, in the Robinson Club Maldives, the children were from China. I must say, during our staying here, 80% of the guests were from China. Probably, the reason is the direct flight from Chongqing to Kaadedhdhoo. However, the Chinese just married couples are not different from European or American ones. They are equally calm, well mannered, and intelligent. The older Chinese speak, more precisely, shout as if they are alone on the island.

Dear managers, your hotel is not for couples anymore. Example? Count how many tables for two the main restaurant has, and how many for six. Sometimes, your waiters don’t know where to place a couple for dinner when all the tables for two are occupied.

Time to save your wonderful coral reef, but not only by announcements on the boards that you are concerned about the struggle for the preservation of the underwater life of the Maldives. Probably, the instructions of Ashley (the Chinese speaking manager), boards along the beach with a pictograph “Don’t step on corals,” and daily free lessons of snorkeling are not enough for your Chinese guests. The Europeans try to save every coral sprig because they have been brought up in such a relation to wild nature. The Chinese man has no idea that his lifetime is not enough to re-grow the coral sprig he just broke. No wonder the Amur tigers (Panthera tigris altaica) are on the brink of extinction.

Things to think about:

•  On the Chinese black market, tiger’s bone is worth its weight in gold, tiger’s skin is a coveted trophy. Earlier, tigers lived in the vast area up to the northeast of China, now they can be found only in nature reserves in Russia. It is believed that from 350 to 450 Amur tigers survive, but Chinese poachers still cross the border of Russia to kill them.

•  Chinese sturgeon is almost extinct. There are no more than 100 of them, while 30 years ago their population was several thousands.

•  We don’t know precisely how many whale sharks are left in the ocean, but scientists speak about 1,000 individuals. However, despite all the restrictions, hunting for whale sharks continues in Southeast Asia and India.

A coral reef is a rare kind of life, and it suffers from both global warming and human activity. But corals are home for many species of fish. Guess what could be the consequences of the destruction of a coral reef?

Your Chinese guests swim very badly. Almost each swing of their flippers means the death of one of the corals. Few of the Chinese swimmers enter to the reef through the special passages. If you do nothing, your unique coral reef will be trampled down in several years, and I will not be back here, because I don’t want to witness such a disaster.

If the owner of the Robinson Club Maldives will not resolve this problem,
he could lose the main attraction of the island—its breathtaking coral reef.
SOS! 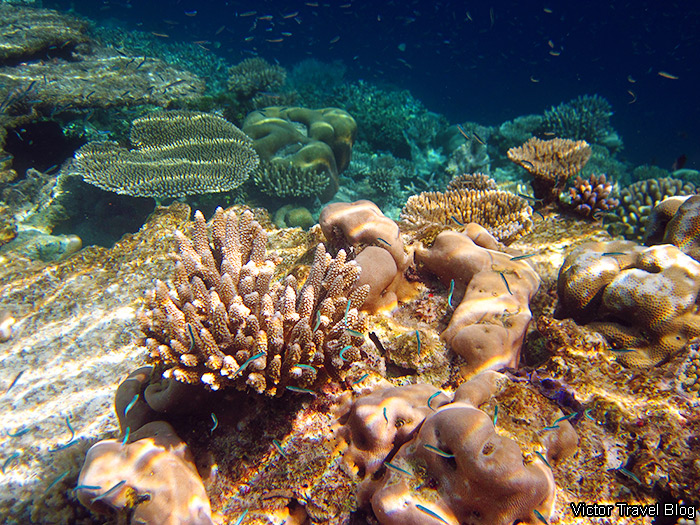 More about the Maldives:

55 Responses to “Probably, the Robinson Club Maldives will be Destroyed”