Myths of ancient Greece are fairytales. I liked them from childhood and have read them all, but I don’t think that my mother read those myths to me at bedtime. Most of these ancient stories could be very successful screenplays for horror films. Take the biography of the main Greek god, Zeus, for example.

An oracle predicted to Cronus, the ruling Titan, that his son would defeat him and take his throne. To prevent such an unpleasant destiny, Cronus started to swallow every child which was born to his wife, Rhea. I don’t know how many children he swallowed, but at last, Rhea’s patience was exhausted, and she decided to give birth and raise at least one child. With this in mind, she hid in a cave on the island of Crete with the newborn child. It was Zeus. Of course, he successfully realized the prediction and became the main Olympian god.

Today, you can visit the cave of Zeus on the Greek island of Crete.

There are few countries with as rich and diverse a culture as Greece. From mythology to the Olympics, this small country has contributed to modern culture in innumerable ways. Of the islands that make up Greece as it is today, ancient Crete is one of the top draws, with many people taking holidays to Crete for some scenic, history-filled time away from home.

One more interesting object, at first mythological, then historic, is the Minoan Palace of Knossos. Its history also started from a myth.

Minos, the king of Crete, had to sacrifice a wonderful white bull to the gods, but decided to keep it for himself and to give them a black bull. The gods were so outraged by this horrible fraud that one of them turned into a bull and made love with the king’s wife. (Now, I understand why my mother did not read me Greek myths.) The monster, Minotaur—half man, half bull—was born from this love affair, and to hide him from people, Minos built a labyrinth for him.

Minotaur liked to eat; not grass like every normal bull, but people. Every seven years, seven boys and seven girls arrived from Athens to be sacrificed to the monster. But one day, a brave man, Theseus, son of King Aegeus, killed the monster and got out of the labyrinth with the help of Ariadne, the daughter of King Minos. Together with Ariadne, he returned to Athens and became a king.

However, treacherous and envious Greek gods marred the triumph of Theseus.

When several weeks earlier, 14 boys and girls left Athens for Crete, the sails of their ships were black. In short, they were sea catafalques. Theseus promised his father that in case of victory his sails would be white. The gods forced him to forget about it, and his father, seeing the black sails on the horizon, jumped from the rocks into the sea and died. Now this is Aegean Sea.

Then, the Minoan civilization disappeared together with the palace and labyrinth, and the story of Minotaur became just a myth. However, one English boy, Arthur Evans, probably also liked to read Greek myths, and when he grew up and became an archaeologist, he decided to find this palace on the island of Crete, and he did it.

Arthur Evans with his team excavated the Minoan Palace over a period of 35 years. Today, you have the opportunity to enjoy their work, strolling through the streets of Knossos, the biggest city of ancient Crete.

From the Minoans to the Romans to the Byzantines, all these civilizations have had a hand in shaping Crete into what it is today. Whether holidays to Crete result in experiencing the ruins of the Minoan palace of Knossos or viewing the cave that is the legendary birthplace of Zeus, there’s history in every street and village, all just begging to be explored. 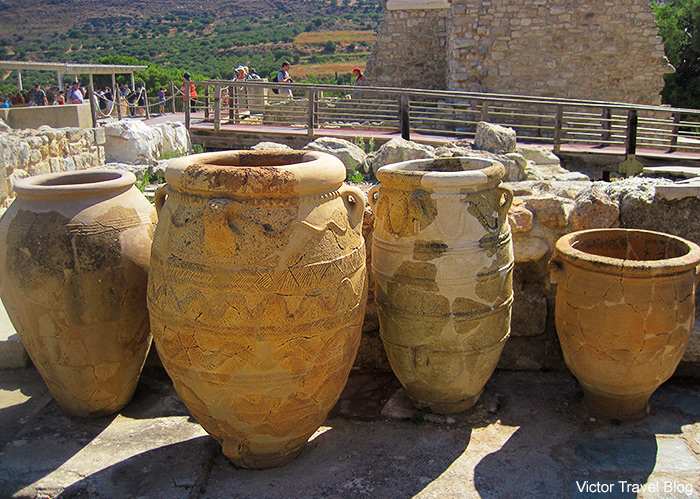 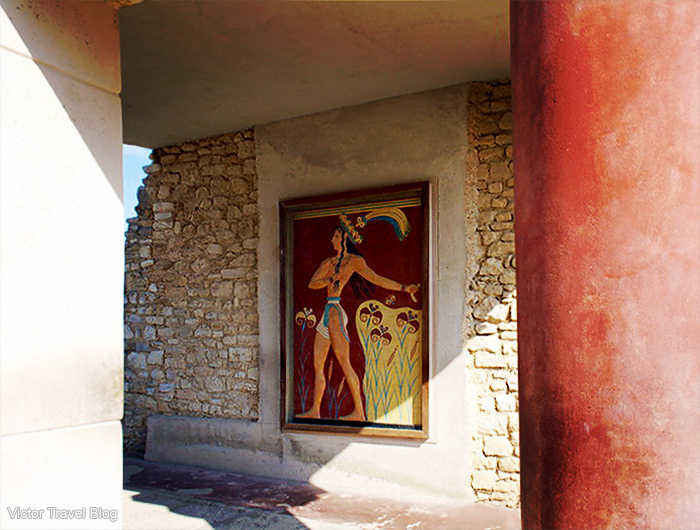 And lastly, one more place of interest on ancient Crete. This is a monument, but few people know and visit it. We saw it, thanks to our driver. We decided not to go on the excursion with all the people in a big bus. Our company rented a small van for 12 people and went sightseeing independently. After visiting all the aforementioned places, our driver said, “Do you want to see something unusual?” Of course, we did. He drove us to the Orthodox Monastery of Preveli, which is located 100 km from Heraklion, and showed us the only monument in the world (at least, according to him) of a Christian monk with a rifle.

In May 1941, Nazis landed paratroopers near Maleme airfield and the town of Chania. The Allies awaited an attack from the sea and failed to repel it from the ground. All their ships left Crete. However, some English, New Zealand, and Australian soldiers remained on the island because they had no means of getting away.

Monks of the Monastery of Preveli hid them in hardly reachable mountains and fed them until the Australian soldiers managed to connect with the Allies. A British submarine came to the bay twice, took soldiers, and moved them to Egypt.

When the Nazis found out about the help the monks delivered to the Allies, they destroyed the lower part of the monastery, Kato Moni Preveli, and plundered it. People said, a plane with the stolen miraculous Cross of Ephraim Prevelis failed to take off, and the sacred relic was returned to the monastery. The monks supported the Allies and the guerillas of the National Resistance with contraband weapons, information, and food till the end of WWII.

In 1991, Australians erected a monument to the soldiers and monks in the monastery. Both monk and soldier hold rifles. Who knows, maybe this stony monk is really the only monk in the world with a modern weapon in his hands? 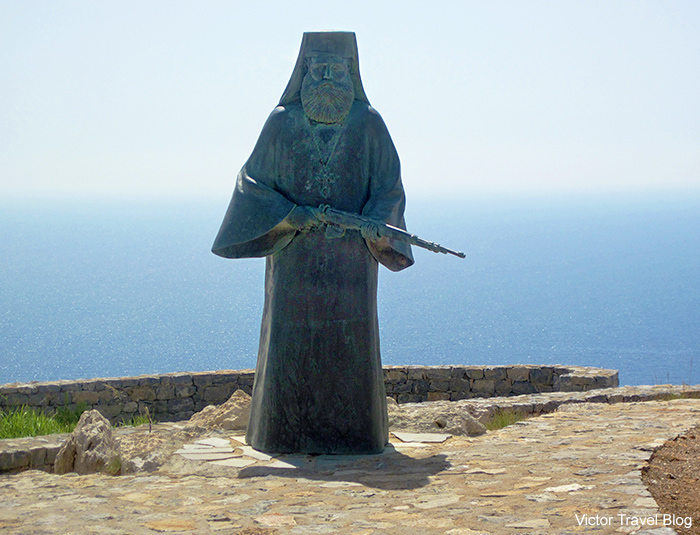 It’s not just ruins and culture on the island, though. Crete is also home to some tremendous beaches. The east coast is home to Europe’s only palm tree lined beach, while the south coast is home to isolated coves and golden sand.

Whether you are looking for a standard sun and fun holiday, or want to experience culture in a modern day setting, ancient Crete has it all. Where else could you visit the birthplace of Zeus before taking a dip in the Mediterranean?

Why Sailing and Why the Island of Rhodes?
Halkidiki Beaches, Greece: Where to Go and Where Not!
Greek-Crusaders Rhodes: City and Island