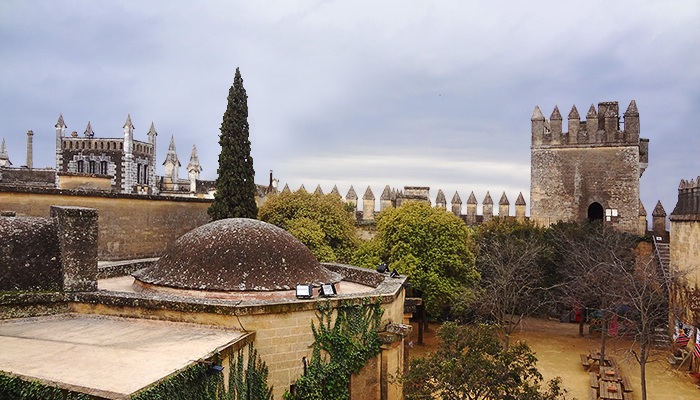 I thank novelist, Anneli Purchase, for her help
in the preparation of this blog post.

The Bavarian King Ludwig II is famous only for erecting a notable memorial of his own – the Neuschwanstein Сastle. So, the Count of Torralva Rafael Desmaisieres y Farina also conferred a great favour on all mankind – he reconstructed the ruins or it may be said he re-built the amazing Almodovar Castle – Castillo de Almodovar del Rio, which is more than 1200 years old – near Cordoba, Andalusia.

Various fortifications had been raised here since the times of the Romans, and it’s easy to understand why when you come up to the castle – it is a very practical place in terms of defense, right on the Cerro de la Floresta Mountain. Castillo de Almodóvar was built by the Arabians in 760. During Christian times the castle was owned by the kings and two Knight Orders: first the Order of Calatrava and then the Order of Santiago. Finally, almost completely destroyed it was inherited by the Count of Torralva Rafael Desmaisieres.

Since childhood, Rafael was fascinated by the medieval castles, knights, crusades and the whole history of the Middle Ages, and suddenly in the beginning of the 20th century he inherited a real medieval castle, though in a very sad state. Having seen his real estate, the Count was inspired by the idea of returning the castle to its initial state and opening it as a museum; however, unlike the Bavarian King Ludwig, he used his own money, not the state’s. 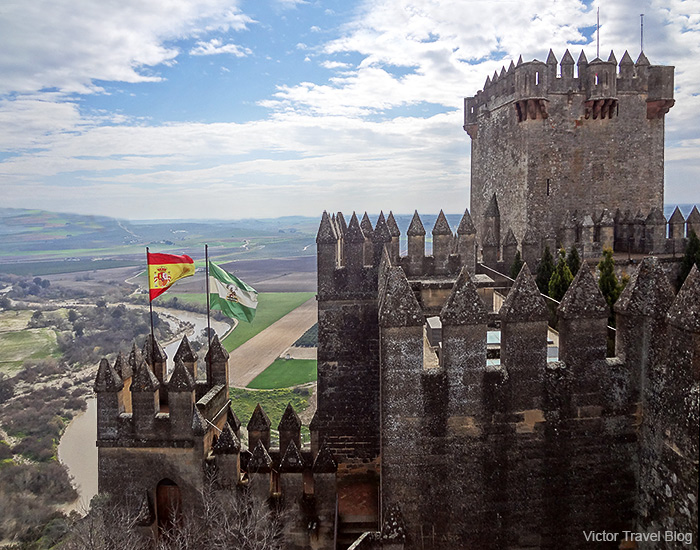 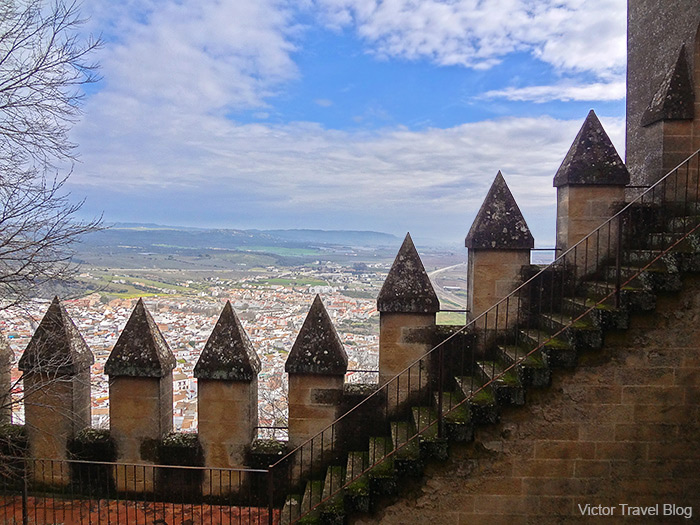 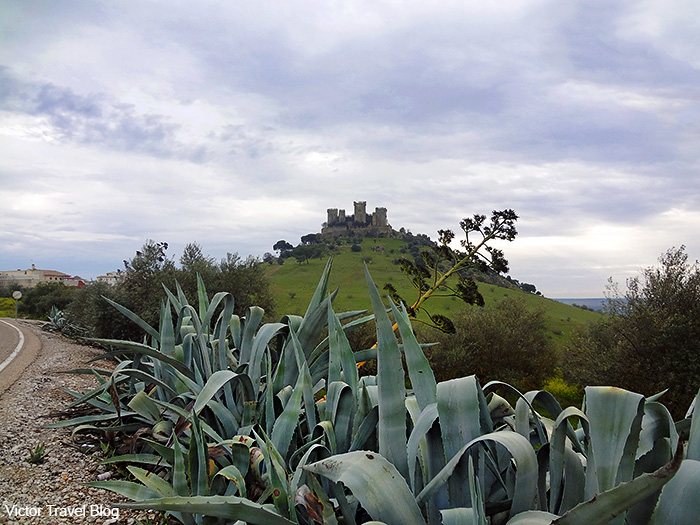 In general this is quite a common business idea. Travelling around Spain, you’ll see a great number of castles and fortresses, 99% of which are ruined because they belong to… guess who?… Correct – to the state. The Count of Torralva reconstructed his castle with such love that it looks almost completely new, but at the same time you have no doubt that it is several hundred years old and it was not raised from the remote centuries for you – it’s you who came down to it into the depths of time. 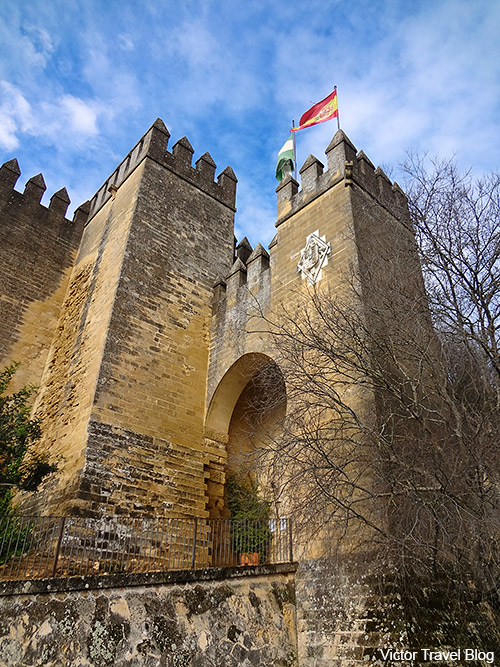 Castillo de Almodovar del Rio is a museum-castle; every place – whether it is a forge, a watchtower or a torture chamber – has its own small exposition. You can even see a 3D show about the history of the Almodovar Castle in one of the towers (show starts every 2-3 minutes), and gamers may easily experience the familiar atmosphere.

One of the towers accommodates a collection of swords and sabers, and even the legendary Excalibur – the sword of the King Arthur – is forced into the stone.

Suddenly, people have seen a great stone, quadrangular like marble tombstone, in the churchyard, against the main altar; and in the midst thereof was an anvil of steel a foot high; and therein stuck a fair naked sword; and letters were written there in gold that said: Whoso pulleth out this sword of this stone and anvil is rightwise king born of all England.

Many have tried, but only a low-born young man, whose name was Arthur, succeeded – the future King Arthur.

Other sources say that it was the Sword in the Stone, which Merlin runs into a rock with his magic. Only the man who is able to draw the sword from the stone again will be the next High King of Britain. Excalibur is another sword; Arthur receives it from the Lady of the Lake to be a protector of Britain.

Whatever it was, we also tried. The sword is stuck firmly! Seems, we’ll have to give up our claims for the English throne 🙂

Castillo de Almodovar del Rio is still the private property of Rafael Desmaisieres’ offspring, and it seems that the enthusiasm is in their genes – everything is made with a great love for the history and the people who come here to touch this history. You can take photos everywhere unlike in many castles of Europe. 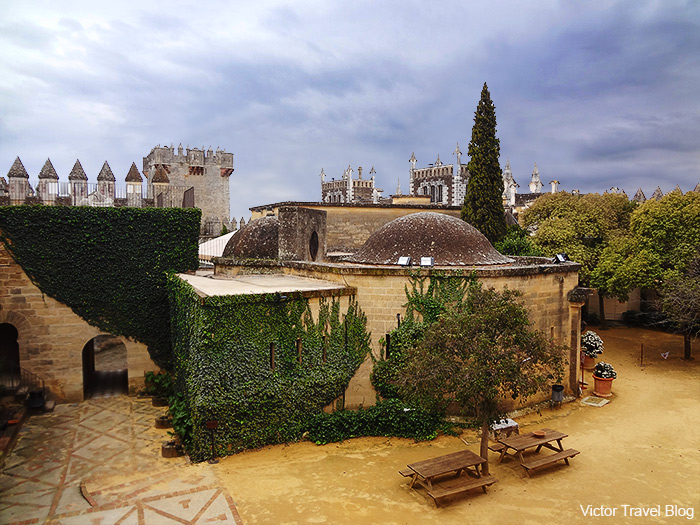 You may have lunch and the waiters try to maintain a medieval atmosphere. However the cuisine is modern.

Wherever you are, you can always hear music, putting you into the historic mood, and again it confirms the special attention to detail, which means the professionalism and passion to own business (I think these two concepts are integral to one another). Look at the toilet plate, indicating the gender 🙂 Is it for men or for women?

They even have the local ghost here – Princess Ziada, who died in a torture chamber. We failed to take a photo of her as she appears only on the 28th of March and wanders around the castle looking for her beloved, Prince Al Mamum, killed on that day.

In the cinema hall they show a movie about the Count-enthusiast, where he tells about his dream and its realized implementation. All explanatory plates in the Castillo de Almodovar del Rio are presented in four languages, which is very uncommon for Spain. Usually you come up to such a plate near some noteworthy sight intending to read it and see only Spanish, just as if there were no tourists in Spain other than the Spanish themselves. 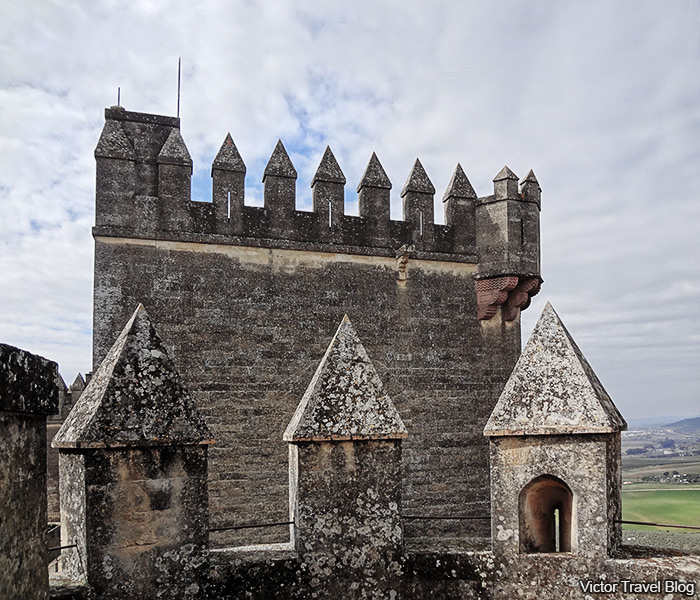 If you ask me which castle should be visited in Andalusia I would definitely answer: Castillo de Almodóvar del Rio near Cordoba.

Restoration of the Castillo de Almodóvar del Rio: before and after 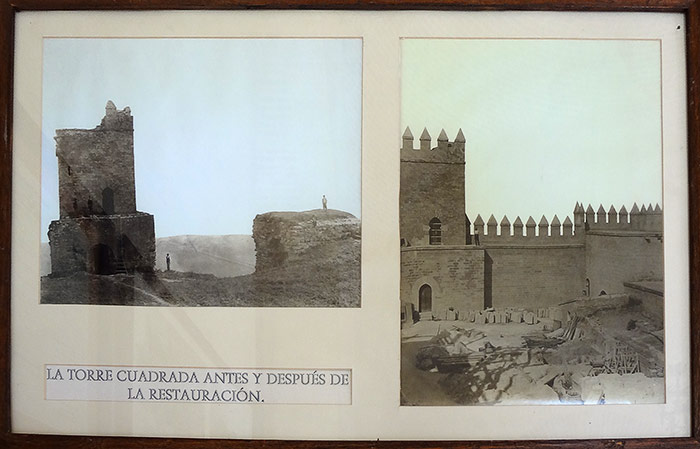 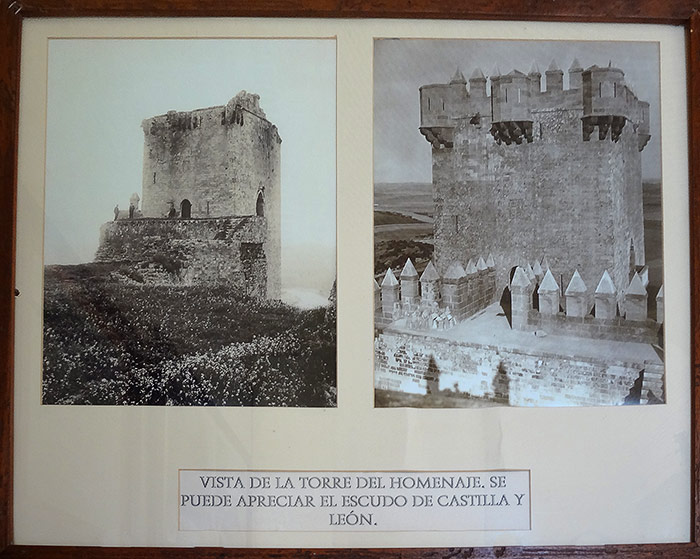 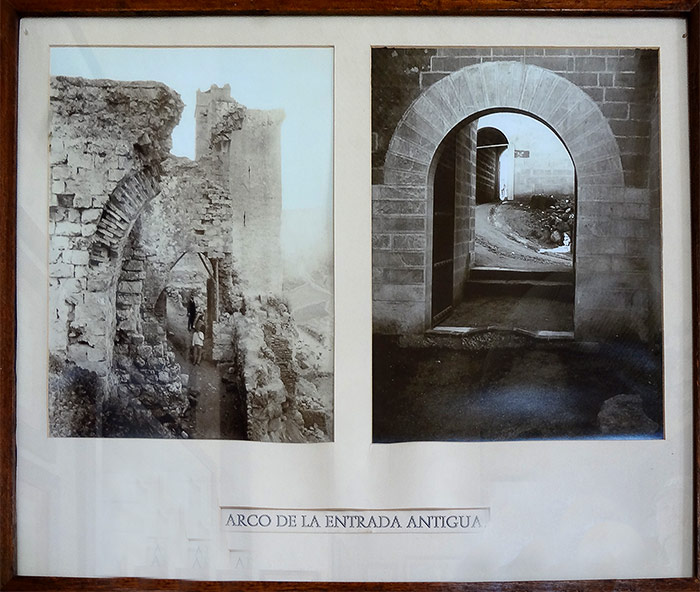