One Unpleasant Fact about Madrid, Spain 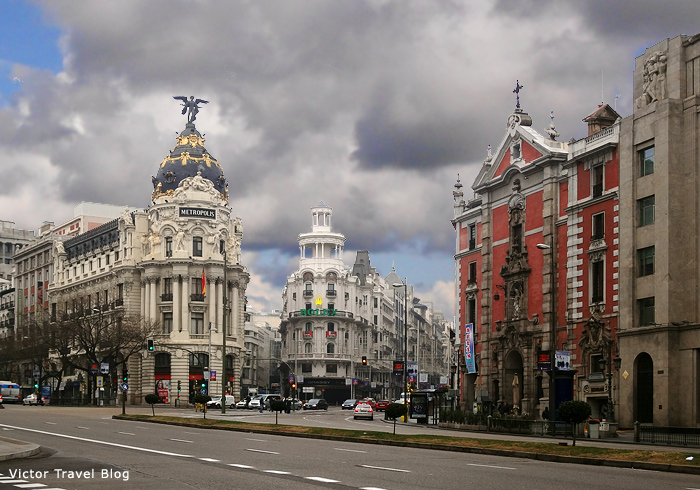 We are in Madrid, the capital of Spain. I don’t like capitals. Why are they so dirty in most cases? The first impression is untidiness, always. It seems that Madrid is no exception. Thats why I will start my story from the second and third impressions of the Spanish capital, and then go back to the first one.

The third impression: an empire

Madrid is the imperial city. Sometimes it reminds one of St. Petersburg, Russia. High and majestic buildings, Gothic towers on the corners, Roman statues at the pediments, bas-reliefs, windows, doors—everything is monumental, everything speaks to an empire. The chin of this city is proudly raised. A lot of stone, a lot of marble, a lot of granite, and lack of grass. Its streets are wide and perfectly planned, and the traffic signs are beyond all praise. 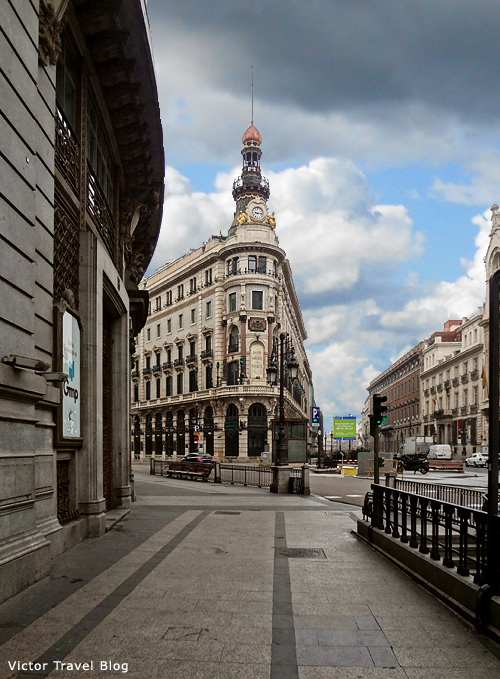 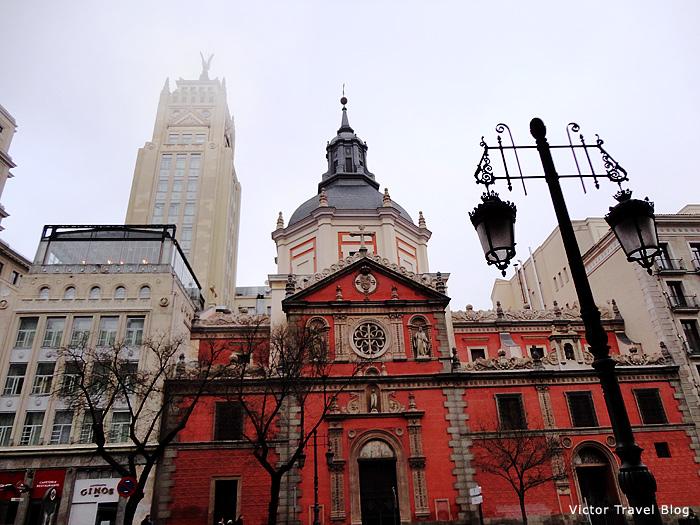 The old part of the city looks exactly how the old part of any European city of more than a hundred years should look: narrow streets, stony pavement, monasteries at every street corner, churches, shops, and cafes, but nevertheless this part of Madrid is still royal.

When King Philip II moved the capital from Toledo to the tiny village of Madrid, he wanted to get away from the influence of clerics and build his own capital. He actually did it, and his descendants did not deviate from his course. They continued to expand the imperial capital.

The Royal Palace of Madrid. Spain 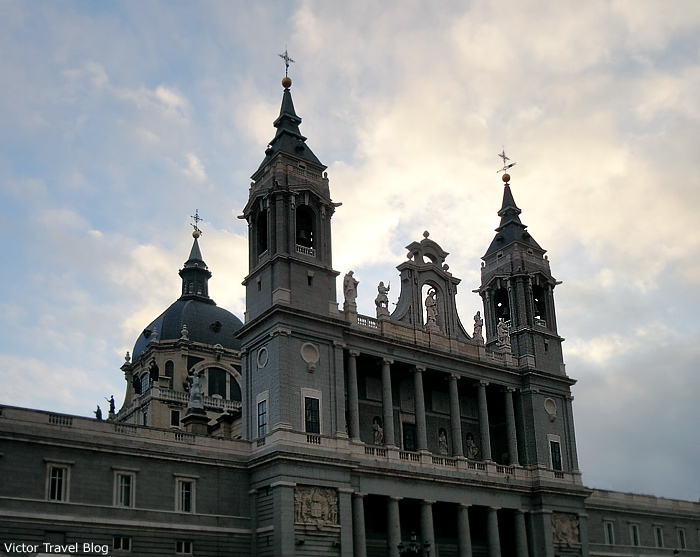 The Cathedral of Madrid. Spain

The fountain of the goddess Cibeles. The daughter of heaven and Earth, Saturn’s wife, the mother of Jupiter, Neptune, and Pluto—she is depicted in a chariot drawn by lions. The fountain is not simple; it has a secret. Few citizens of Madrid know the fact that, located underneath it, at a depth of 40 meters, is the bunker with the gold reserves of Spain.

The palace behind the fountain is not used as a palace, but as the chief postal department of Spain. You would probably agree that it barely resembles the usual idea of an office building.

The conclusion: If you are a fan of architecture from old Gothic to Art Nouveau, you should definitely visit Madrid.

The second impression: the cuisine

Im afraid it was a mistake in my previous blog posts, to tell about cuisines of whole countries: the cuisine of Italy, Austrian cuisine, or German cuisine. It would have been better to try to examine and describe cuisines of the separate regions. And this especially applies to Spain. Here, two cities located no more than 80 kilometers apart can have not only different levels of cuisine, but even different names for the same dishes. The simple scrambled eggs cooked in three neighboring towns near Madrid were each named differently.

Even the pronunciation is different in every province. During the stay in Madrid, I learned how to pronounce two cappuccino in pure Spanish (as I sincerely believed). 🙂 But when I came to the city of Avila and proudly ordered two cappuccinos in a bar, I was not understood. After some investigation, it turned out that my cappuccino was okay, but two is pronounced differently there.

So, let’s narrow the field: the cuisine of Madrid. The quality of cuisine varies a lot here. On the very first day after we settled in the hotel and went out to the old square, we entered the first available restaurant and got beautiful steak and very good wine from the vineyards of Hollywood’s macho Spaniard by birth, Antonio Banderas. 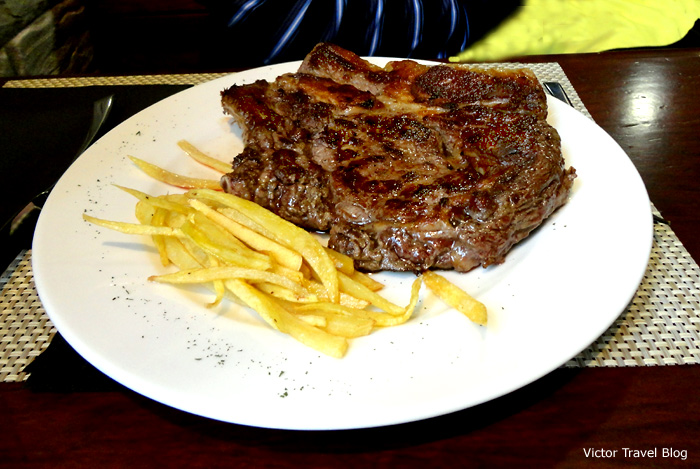 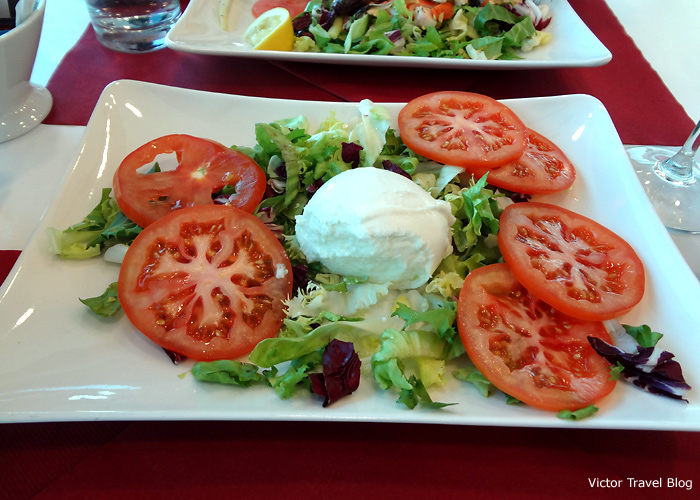 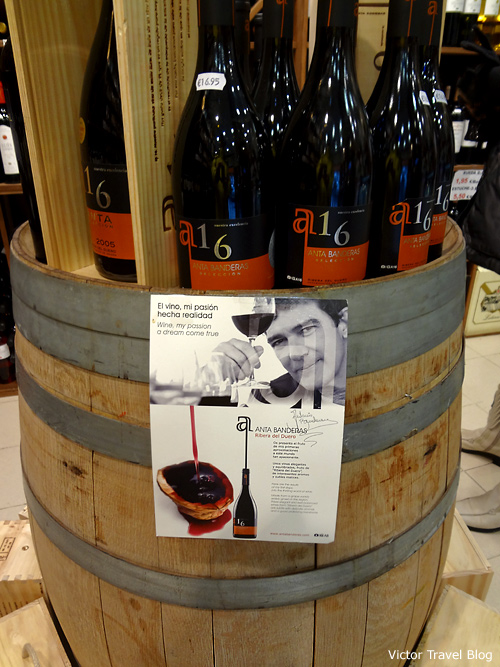 Yes! This is not Barcelona, and we thought we would always have well-prepared food here! But later it turned out that we were wrong. On the next day, we ate once, ate twice, and eventually felt no more desire to eat anything in this city except their bananas. These, at least, were really delicious, from the Canary Islands. All the dishes had a taste mostly of salt, and the degree of roasting of every piece of meat reached 100%. I do not know for sure the measures of roasting of meat, but in Madrid, they roast it long and seriously until it starts to crisp.

One part of our plan in Madrid was to visit the restaurant where the famous local rabbit is served. We did it. The rabbit had a taste mostly of salt and the degree of roasting  well, you already know the cooking style in Madrid. Therefore, we decided to stop our gastronomic experiments and have a lunch at that first restaurant where we had the good steaks. Were we lucky and had good steak again? No way.

The conclusion: the cuisine of Madrid is sort of a lottery—maybe you will be lucky. The same with wine.

The first impression: a trash

Madrid is always strewn with trash. Some street sweepers exist, but you will seldom come across them. But even after they have done their job, the number of cigarette butts on the streets hardly decreased. People sit and eat at the street tables surrounded by pieces of paper, receipts, and wrappers. It seems they throw the garbage right at their own feet although trash cans and ashtrays stand at every corner.

I walked and thought: Who is to blame? The citizens of Madrid, or some special kind of tourists who come here, or maybe the mayor of the city? Later, in Toledo, Avila, and Segovia, I saw streets that were not just swept, but washed! Moreover, they were clean, even when we went out for the night photo-shoots at four oclock in the morning. Streets were always cleaned and washed although the number of tourists per square meter in Toledo is no less than in the Spanish capital. I was shocked by this fact about Madrid!

In Toledo, we saw a couple of sanitation workers. They cleaned the street with a big washing vacuum cleaner!

Now, the most vivid impression. When you walk along in Madrid, you always look up to appreciate the true beauty of its wonderful monumental architecture. But… 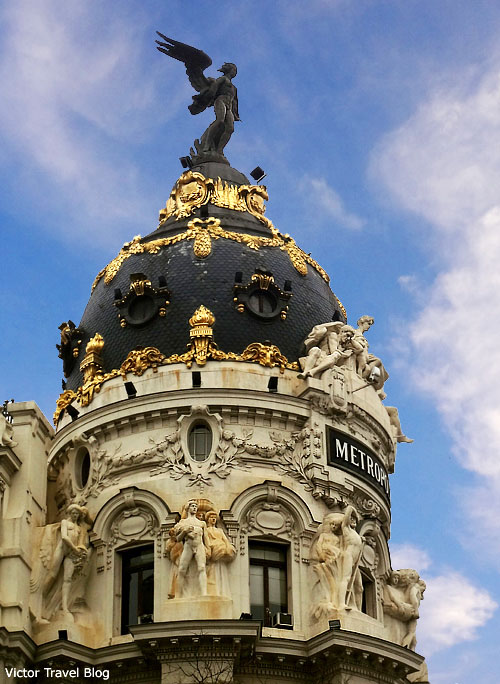 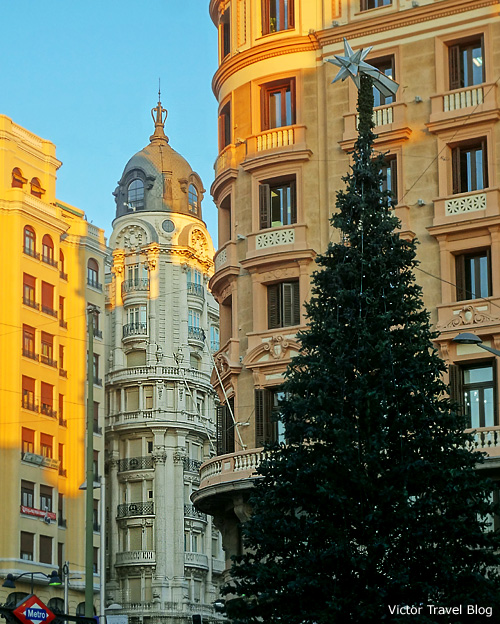 The famous building of Plaza Mayor in Madrid 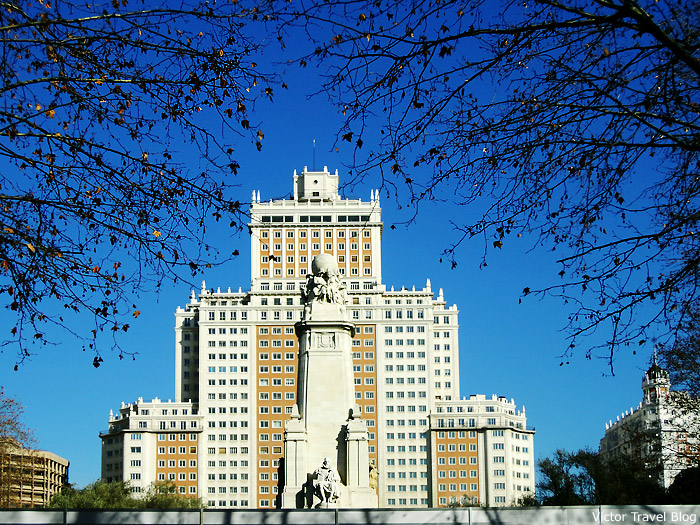 But in the process of soaking in the cultural magnificence of Madrid, you may easily step not only into used packaging wrappers, but into dog excrement, and sometimes even that of humans. It looks like the street sweepers simply ignore it. Therefore be aware, watch your step! You are in Madrid!

I beg your pardon, but I will not provide photo evidence. 🙂

43 Responses to “One Unpleasant Fact about Madrid, Spain”