Heinrich Schliemann and His Mycenae

The Mask of Agamemnon, the King of Mycenae.

Just like many true archaeologists, you may not be delighted with the methods of Heinrich Schliemann, but you will not fail to take off your hat before such a strong belief in oneself and one’s own success.

The Greeks forgot where Troy was.

The Greeks forgot where Delphi was.

The Greeks forgot where Mycenae was.

Schliemann discovered and showed them their own history.

Our way to the Peloponnese peninsula lay from Athens through the Corinth Canal, where the self-educated German archaeologist Heinrich Schliemann hoped to find and finally found the Ancient Greek Mycenae. 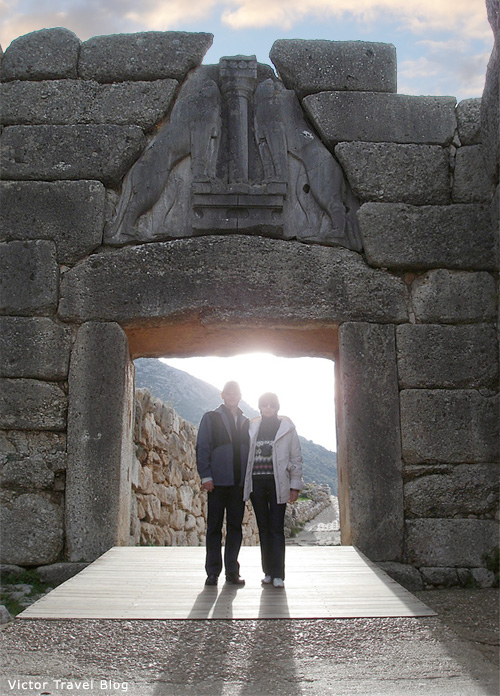 Here are the gates to one of the most powerful capitals of the ancient world—Mycenae. Greek Mycenae was an ancient kingdom which fell into oblivion many years ago, and I wonder how many such kingdoms still lie covered under the severe, stony Greek land.

The Lion Gate of Mycenae is one of the most ancient constructions in the world. Even after more than three thousand years its majestic appearance has been preserved. This is the main entrance to the former well-protected fortress. The gates are guarded by two lions which are headless now.

Mycenae lies on a rocky hill and has a great view for many miles around. The city was surrounded by a powerful wall which reached ten meters in height and at least five meters in width.

There was a belief that only the giant cyclopses were able to move such huge blocks, therefore these walls entered history as the Cyclopean walls. Do you know how many similar hills we saw on our way from Athens to Peloponnese? Countless! How did Heinrich Schliemann manage to guess that the remnants of Mycenae were located under that particular hill?

A sharp rise leads to the top. January in Greece is amazing: +15C, the sky is blue and the sun is shining. But we didnt know then that the weather would change dramatically and another ancient Greek city, Delphi, would appear before our eyes in a very mysterious setting. Meanwhile, we climb up to the ruins of the Mycenaean royal palace built between 1350 and 1330 B.C. Today, one can barely recognize it. Only a vivid fantasy may help you to imagine King Agamemnon himself going along the same road, and you following him like an invisible shadow. 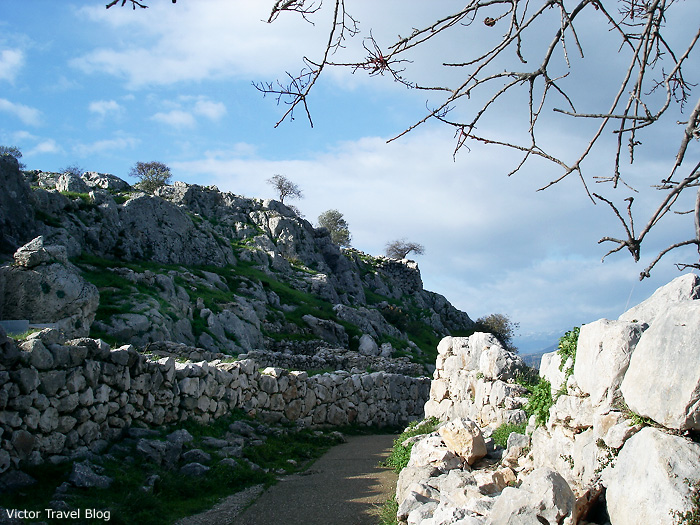 Schliemann’s own destiny is as interesting as his archaeological discoveries. An ordinary and take note poorly educated boy, Heinrich Schliemann left his home with only a knapsack on his back. He was young and had high hopes: to find the ancient city of Troy. His father, a priest, told old legends to little Heinrich, so probably the boy’s interest in ancient history was awakened in his childhood. But he became a successful archaeologist more than 30 years later, only after the discovery of Mycenae.

God blessed him with a gift for languages. He managed to learn English, Dutch, French, Italian, and Portuguese in less than three years. Then he started to learn Russian. When he finished with Russian, he started to learn Greek. He learned modern Greek in six weeks, and switched to the ancient Greek by studying it through the texts of The Iliad and The Odyssey. Very soon, Heinrich was able to read his beloved Homer in the original.

By the age of 40, thanks to his talents, Heinrich Schliemann was a very popular man with great possessions. At this particular time, the rumor that The Iliad—the original text of Homer—was found in Egypt came to his ear when he was in Russia. “Homer existed! That means that Troy also exists somewhere!” Schliemann was 46 when he decided: now or never. His distant childhood dream may yet come true.

He found Troy in 1873, and drew a logical conclusion: Troy has been found, which means that the Trojan War is also not a myth. Helen from Mycenae, how beautiful were you to ruin the whole kingdom? 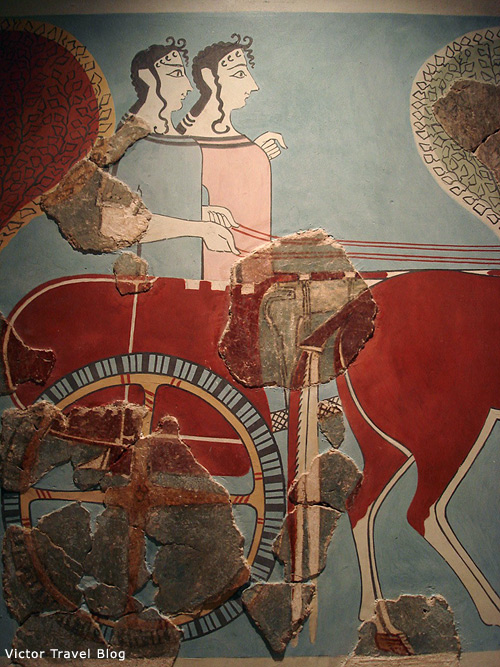 Stubborn as ever, Heinrich Schliemann decided to confirm Homer’s great epic and prove to the whole world that Agamemnon—the king of Mycenae and the leader of the Greeks during the Trojan War—was a real historic figure.

According to myths, Agamemnon reigned in Mycenae, the prehistoric Greek city which was located at the Peloponnese peninsula. The Iliad says it was a populous city, the gold-filled Mycenae.

Success was waiting for Schliemann right at the Lion Gate as if greeting the winner. His workers found a square hole leading to the bottom of the rock located to the right of the main entrance to the city. This turned out to be a tomb, the first of five. The tombs found near the Lion Gate of Mycenae were made like five huge stone wells. 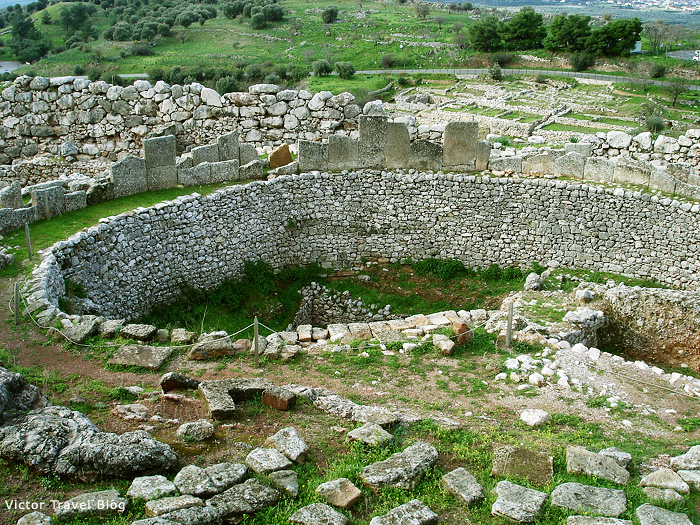 The circular tomb of Mycenae. Greece. 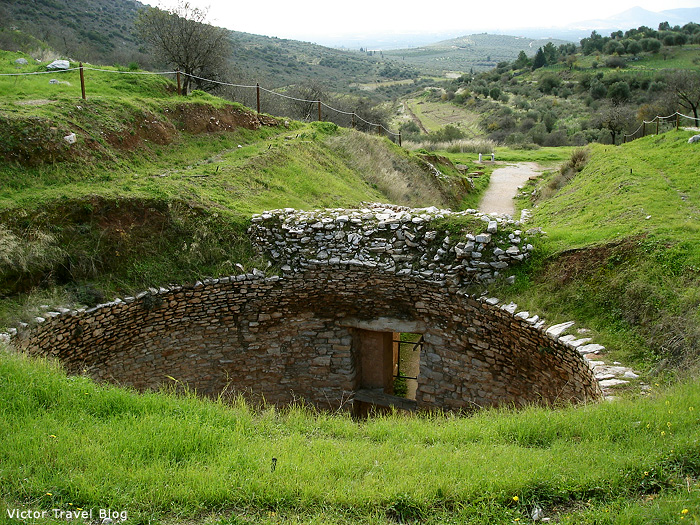 In their luxury and magnificence, all the finds exceeded everything that Schliemann had previously discovered. There were diadems, brooches, gold and silver cups, and gold figures of fantastic animals in the tombs.

Schliemann hoped to find the grave of King Agamemnon, but found five tombs instead. The faces of some of the buried were covered with golden masks. Moreover, rich armors and ordnance were also found there. Ancients were often buried with war accessories to protect them from the evil spirits.

One of the golden masks was amazingly well preserved. Schliemann thought it belonged to Agamemnon, the Achaean leader in the Trojan War. Currently, this mask is stored in the collection of the National Archeological Museum of Athens. 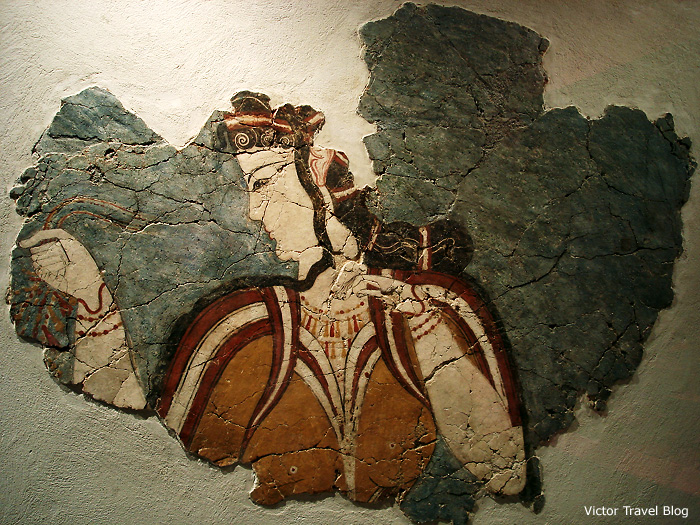 Immediately, Schliemann telegraphed to the king of Greece, “The tombs of Agamemnon and his father Atreus were found in Mycenae.” Also, he proudly wrote to his friends, “I looked into Agamemnons face.” After many years, scientists using the radiation analysis approach proved that this mask belonged to another king who lived 400 years earlier, but it entered history as the Agamemnon mask.

Success continued to attend the excavations in Mycenae; the archaeologists found nine more tombs of unusual shape near the foot of the hill. There were massive underground constructions with specific domes due to which they were called the domical tombs. The most massive of them was called the tomb of Atreus. It dates to the 15th or 14th century B.C., and was ravaged in the ancient times.

At some time, the entrance to the tomb was covered with a huge 120-tonne block of stone. The 35-meter corridor tiled with huge stones leads to the tomb of Atreus which is more than 13 meters height. Its almost completely dark here, and if you want to see at least the stone masonry (there are no decorations), you’d better take a flashlight.

When you are here, you clearly feel that the Mycenae domical tombs have something in common with Egyptian royal burials. These are not the pyramids, but still…. No wonder, the rich Mycenaen kingdom maintained close ties with different countries. For example, 19 Mycenaean vases were found in the ancient Egyptian city of Tell El-Amarna. Probably, they were presents to Pharaoh Akhenaten. 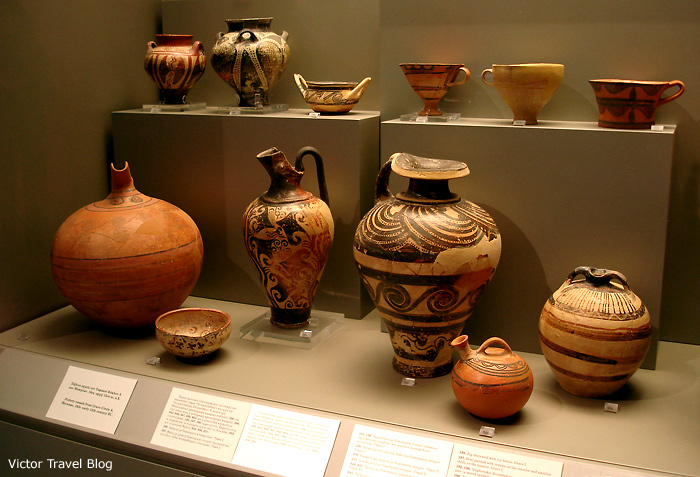 When it comes to the beautiful Helen of Troy herself, also known as Helen of Sparta, do not believe the lovely Hollywood film. By the time Helen was abducted by Paris, the prince of Troy, she was no longer a young girl with golden hair. But how many artists showed her that way?

A plump, dark-eyed queen, who ruled Sparta along with her husband Menelaus for ten years, for some unknown reason—free will or not—went away to Troy with young Paris. Admittedly, Helen of Troy looked like this: 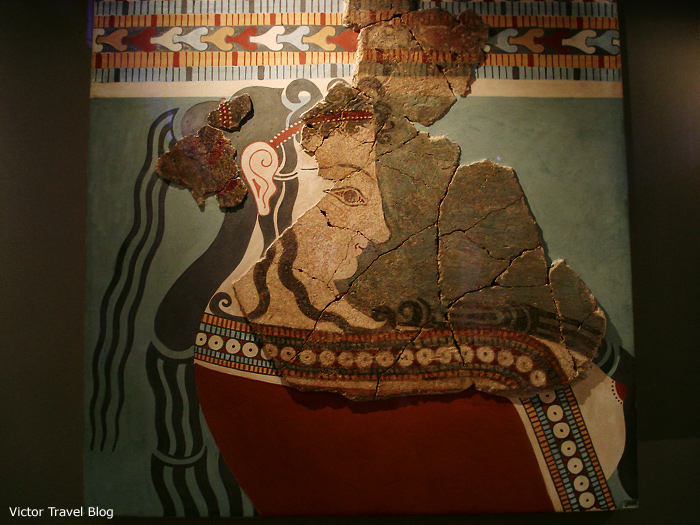 However, myths say that rumors about the beauty of the Spartan king’s daughter spread all over Greece. Many famous heroes, such as Odysseus, Menelaus, Ajax, and Patroclus, proposed themselves to her as husbands. To avoid any quarrels among these dignified bachelors the King of Sparta bound them to an oath to defend the honor of the future Helens husband, and gave the hand of his daughter to Menelaus.

It is said that the marriage of another daughter of the king and the elder brother of Menelaus, Agamemnon, the king of the powerful Mycenaean kingdom, influenced that choice.

Soon afterwards, Tyndareus handed over the reins in Sparta to his daughter and Menelaus. The idyll of Menelaus and Helen lasted about ten years. In this marriage, Helen gave birth to their daughter, Hermione. But one day, Paris, the prince of Troy, came to Sparta, and taking advantage of Menelauss absence, took Helen away from Sparta to Troy. This started the great ten-year war which took lives of many ancient Greek warriors. 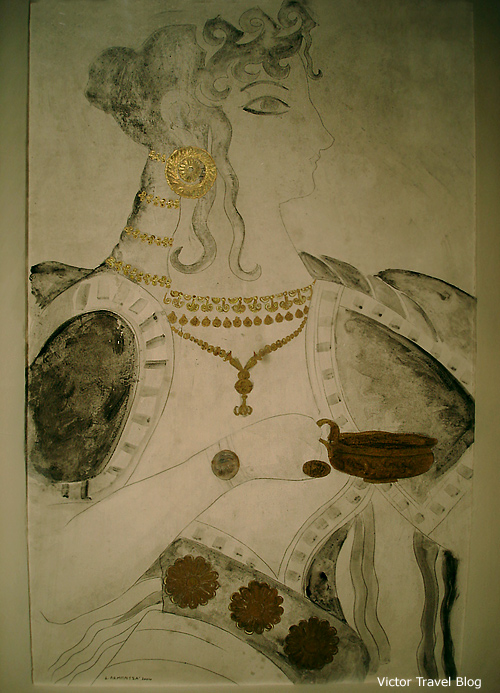 In Homer’s Iliad, Helen suffered from her position in Troy and contributed to its downfall. When the city was taken, Menelaus was looking for his wife with a sword in his hand to punish her for the betrayal, but when he eventually saw Helen in full radiance of her beauty, he dropped his weapon. After the defeat of Troy, Helen and Menelaus returned and lived their remaining days together.

Heinrich Schliemann devoted half his life to proving the historicity of Homer’s epos. This great romantic and enthusiastic man passed away in 1890. Copies of Homer’s Iliad and Odyssey were placed into the archaeologist’s coffin. Diplomats of various countries came to escort Schliemann to his grave.

I’m a bit sorry that we failed to visit the house-museum of the archaeologist when we were in Athens, because it was closed for the Christmas holidays. But no doubt, I will return someday. 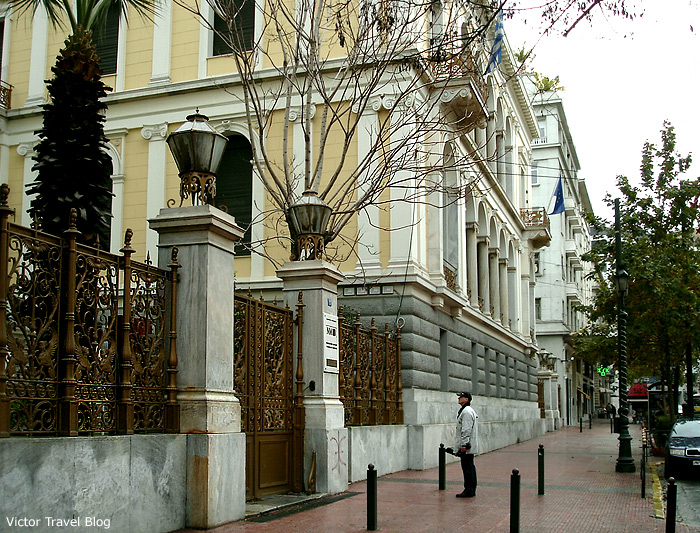 The house of the famous German archaeologist Heinrich Schliemann in Athens.

For Winter Holidays? To Athens!
Halkidiki Beaches, Greece: Where to Go and Where Not!
Greek-Crusaders Rhodes: City and Island

25 Responses to “Heinrich Schliemann and His Mycenae”