Galatea of the Spheres by Salvador Dali

It was a long time ago when I first saw reproductions of Salvador Dali’s paintings and was deeply mesmerized by the sharpness, riot of colors and, of course, imagination of the artist. You can spend an eternity looking at tigers frozen mid-leap, or at the clocks hanging on branches in the desert and melting under the sun. What a miracle is made with blobs in the portrait of Gala, Galatea of the Spheres! It stands to reason that for me the Salvador Dali Theatre-Museum in Figueres was an essential place to attend in Catalonia, Spain.

We drove to Figueres from Carcassonne, France, enjoying marvelous roads and landscapes. It was simple to find our Duran Hotel & Restaurant in Figueres. It is a tiny town.

The restaurant in the hotel is famous for being visited by Dali, and its owner was his schoolmate as evidenced by numerous photos and pictures hanging on the walls and signed by the Master. 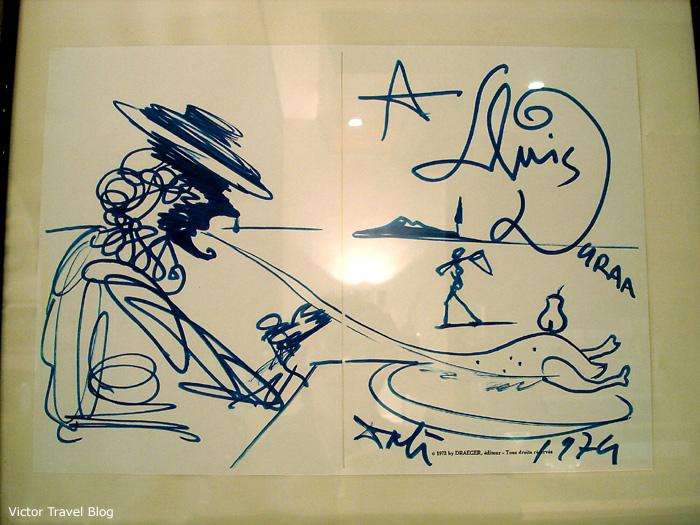 A drawing by Salvador Dali 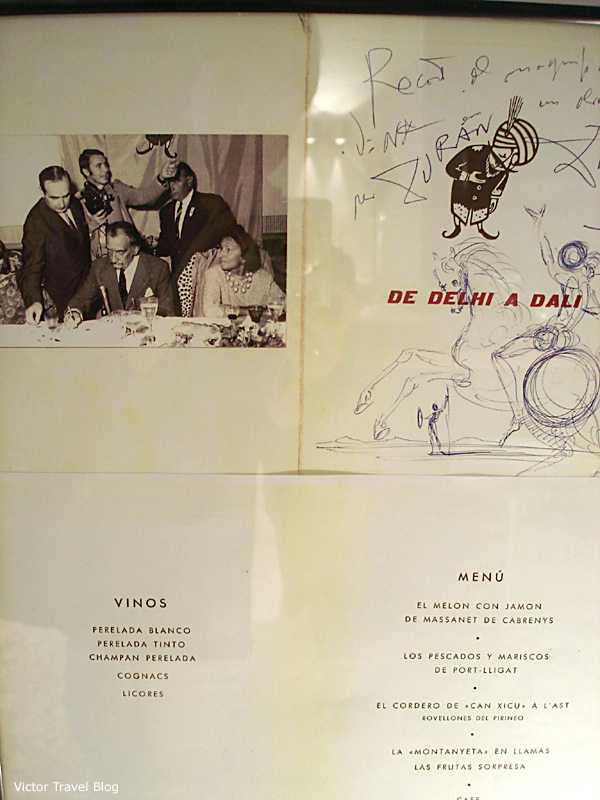 A school photograph. It is not hard to find Salvador among the pupils. His unconventional face clearly stands out from the crowd.

In the hotel, we had an IKEA-style room; however, it had some hints of abstractionism or surrealism, or maybe we were just agog and saw them everywhere. 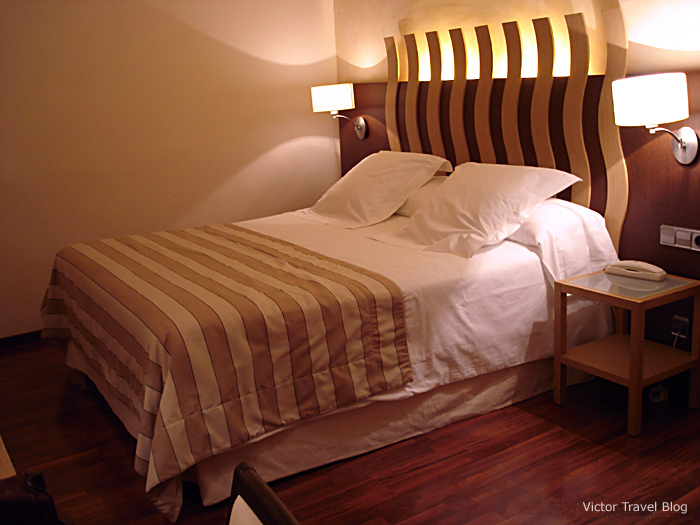 The Salvador Dali Theatre-Museum is the only attraction in Figueres. His former house saves the town from being a neglected poor province.

The patio of the museum.

Here is a car with rain inside and an ugly, sick, obese woman standing on its hood. Unhappy woman. This is the famous Dali installation. I came up closer to the car. It was sloppy and very dirty inside, and the mannequin sitting inside the car under the rain was also sloppy. So primitive. It turned out that every Dali installation was the same—sloppy and ordinary. I can hardly believe that they were created by the Master himself.

The ground floor. Pictures and drawings. Some of them were amazing, but others impressed me more some time ago, on illustrations. 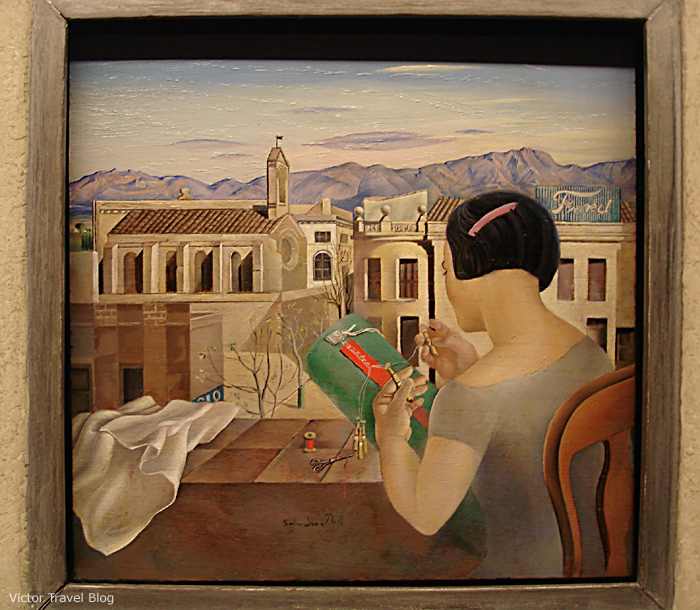 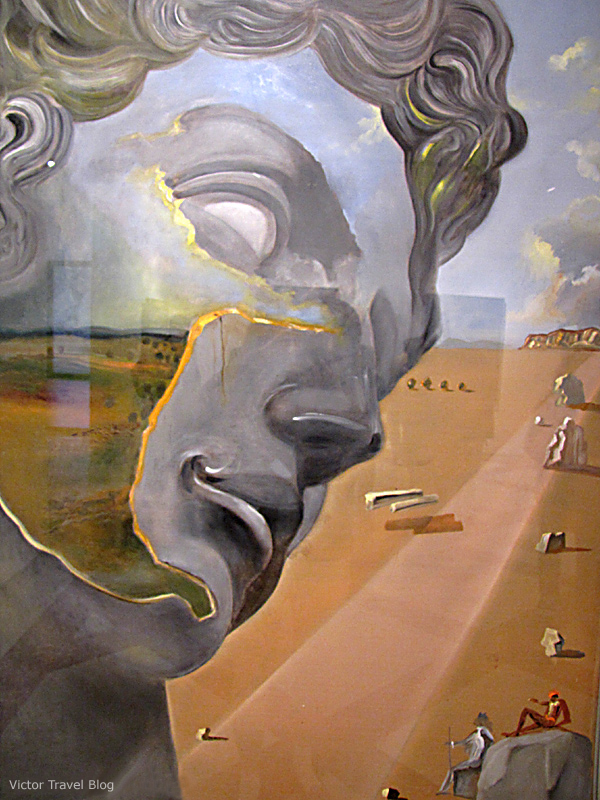 Music is a flow of sound waves. Pictures are a flow of colorful waves. Some of them really overwhelm you.

The Mae West installation. It is funny, but nothing more. It is known around the whole world, but definitely it is not the greatest artwork in the Salvador Dali Museum. 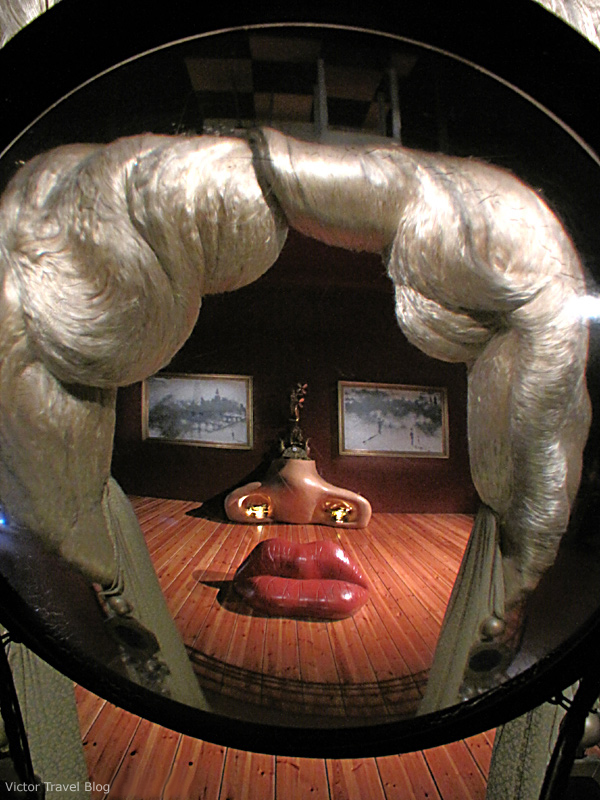 Walls of the corridors are plastered with drawings of every imaginable creep, dwarf, troll and goblin. We can also find women there, but usually, they are lying down and all those freaks with crutches just trample them. That is weird. It seems to me that Dali was not a misogynist, but just the opposite.

Pictures and drawings in the rooms are different—some solid, some not, but where are all those works of art for which I came to the Salvador Dali Museum?! This one? “Tristan and Isolde.” Love! What action and energy! 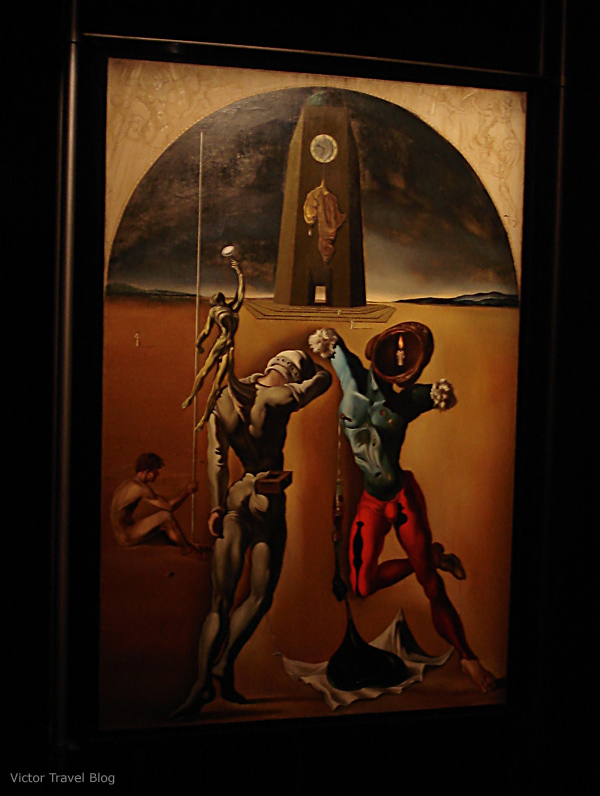 Here it is! The Persistence of Memory, the famous melting clocks! Alas. But it was just a copy on the carpet.

Step by step we reached the fourth, and final, floor. There was a collection of drawings made by ink and pencil. Bingo! Our trip was not in vain! It is worth visiting the Dali Museum only for them. I would say you should start your visit from the fourth floor to admire, imbibe and vanish into the Art. Then you can go down to other floors.

Well, who would ever guess that this set of rings revolving around the centers strung on needles could be Don Quixote? But it is clear from the first glance. 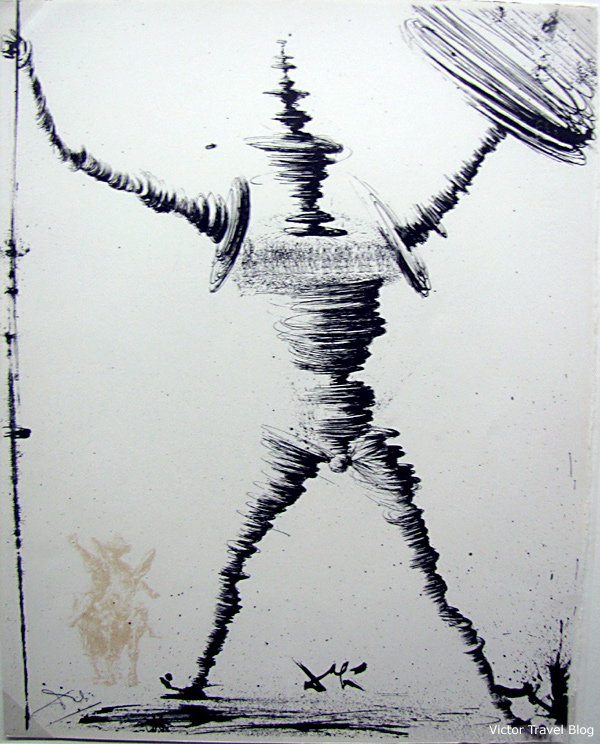 A tournament? A struggle? Medieval knights? Everything done in pencil. 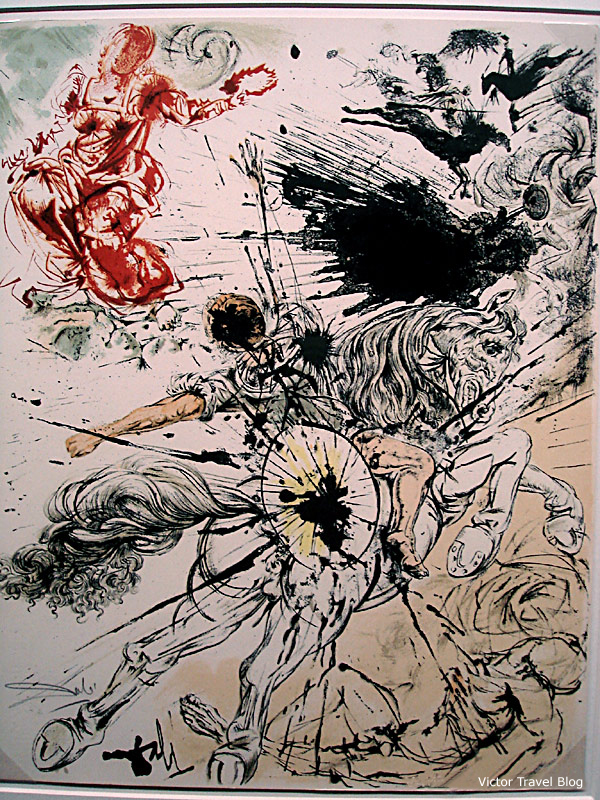 Sistine Madonna. There are no faces, but you still see them.

Spear strike, run, knock down, one already lies on the ground. Victory! A brush into the paint… Bang, bang… Bones smashed into smithereens! A masterpiece is ready. The Master has left. Finish!

Whatever it is, it is definitely in pain.

Don Quixote again? Or thanks to Cervantes, all Spanish hidalgos look just the same to us? 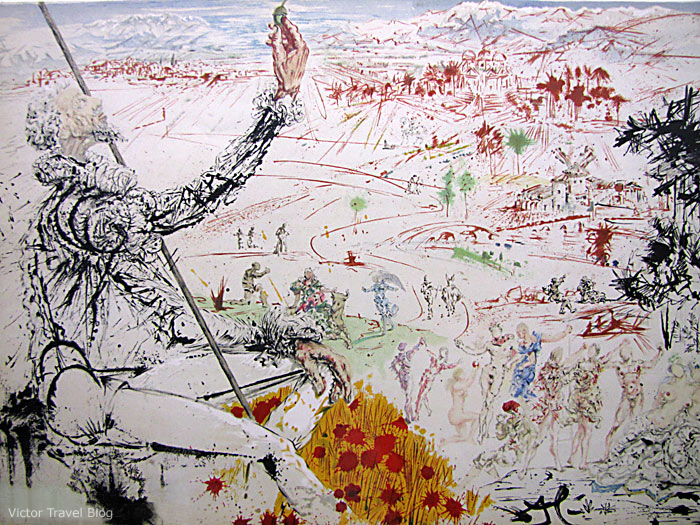 This is a mixture of a picture and a photograph. 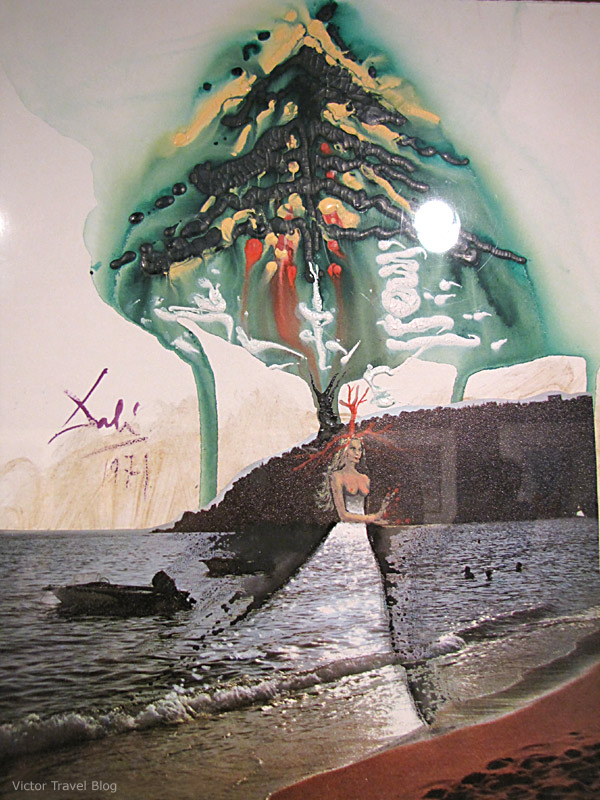 A mixture of a picture and a photograph

It turned out that The Discovery of America By Christopher Columbus, Christ of Saint John of the Cross, The Persistence of Memory, and many other masterpieces by Dali are kept in museums of St. Petersburg, Florida (the second largest collection of Dali’s works after the Dali Theater-Museum in Figueres), Glasgow, and New York. 😦 Well, it means that I have at least one reason to visit the USA and Scotland.

Then we came to look at the Salvador Dali’s jewelry.

More about Spain:
Your Majesty, I Am Not Agree About Mezquita de Cordoba
Cochinillo Asado or Segovia’s Roast Suckling Pig—Please Bring the Second Portion!
Sagrada Familia by Antonio Gaudi. The Sand Castle